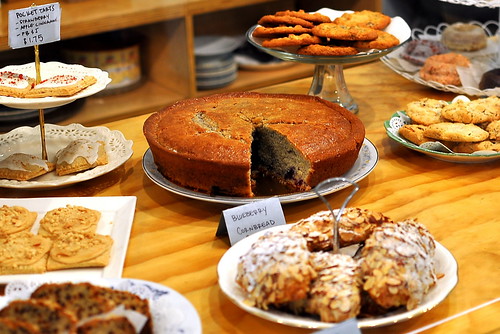 Inventive sweets that aren’t too sugary are what it’s all about at this Downtown bakeshop. The lovely lady behind the operation is Sharlena Fong, a one-time New York City consultant who left the corporate world to pursue her true passion: desserts.

After refining her palate and techniques at Eleven Madison Park, Per Se, and Bouchon Bakery in New York City and at Nickel Diner in Los Angeles, she teamed up with Dennis Hunter and James Gonzales to open Semi Sweet Bakery. 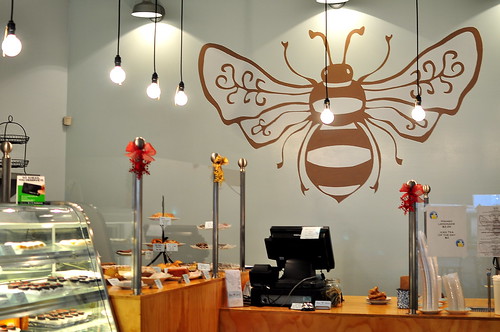 My first visit to the bakery coincided with an early morning photo shoot. I’d been snapping away since the wee hours and wanted nothing more than to be comforted and re-energized with a suite of sweets. 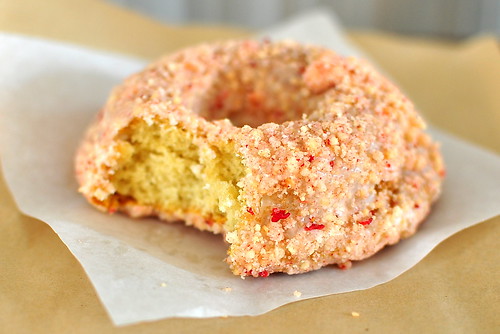 Quite predictably, I zeroed in on the doughnuts first. Semi Sweet’s cake doughnuts are baked rather than fried, and the results were damn good. The “Strawberry Shortcake” had a delicate crumb and terrific texture; I didn’t miss the deep-fried oil bath one bit. Fonuts: take note. 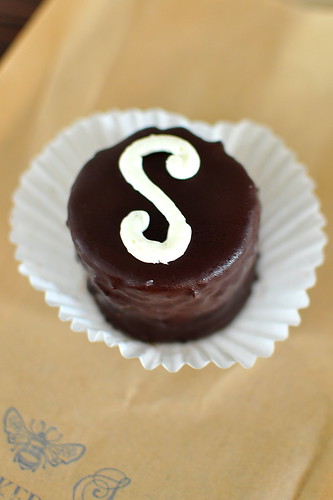 I also grabbed a “Ding a Ling,” a gourmet spin on Hostess Ding Dongs. The chocolate cake, vanilla cream, and rich chocolate coating transported me to the slopes of Snow Valley circa 1998. Fun fact: In high school, my friends and I ate copious quantities of Ding Dongs while snowboarding. The shop also bakes red velvet and peanut butter Ding a Lings that look equally enticing. 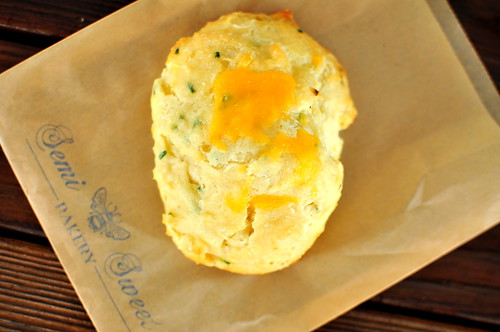 To balance out my semi-sweet picks, I also selected a “Chive Biscuit,” a chive-flecked buttermilk number laced and topped with Tillamook cheddar. The combination of cheese and chives was subtle but effective, while the flaky layers impressed. 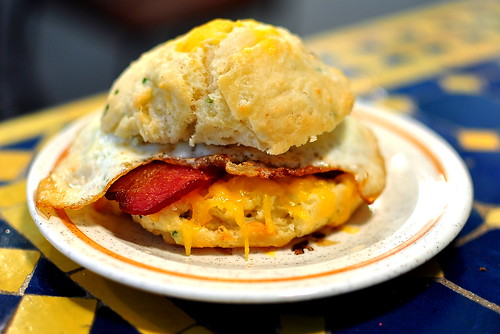 I enjoyed the trio of baked goods that I sampled on my first visit so much that I returned soon after with The Astronomer in tow.

We started off with a “McFong,” a well constructed breakfast sandwich made with thick-sliced bacon, a fried egg, and Tillamook sharp cheddar on a “Chive Biscuit.” Unlike its McInspiration, the McFong is available all day. Woot to that. 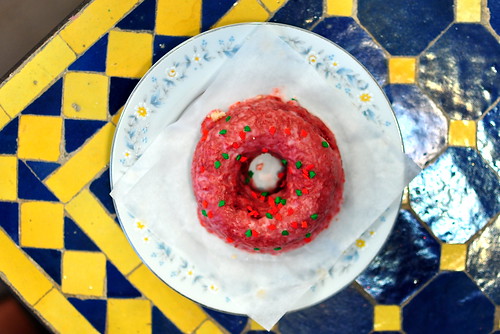 And of course, I had to have the red velvet cake doughnut. It was as light and delightful as the Strawberry Shortcake one from my prior visit. 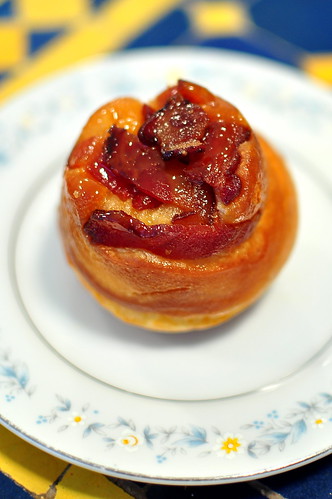 Our final treat was both sweet and savory. The “Maple Bacon Sticky Bun,” with its swirls of syrup, caramelized bacon, and restrained sweetness, tasted a bit like dim sum, specifically a baked barbecued pork bun. This creation certainly isn’t for everyone, but for two kids who like to yum cha on the regular, this bun was for us.