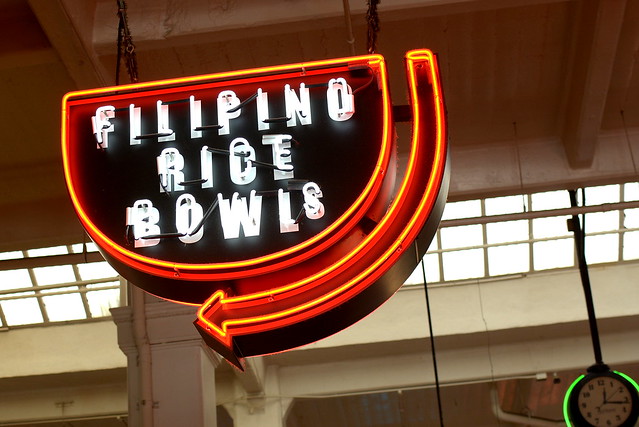 The #filipinofoodmovement is heating up in Los Angeles, and Chef Margarita Manzke‘s Sari Sari Store is a standout among the panoply of newly opened Pinoy places. (Previously, we dined at LASA for The Astronomer’s 34th birthday.) 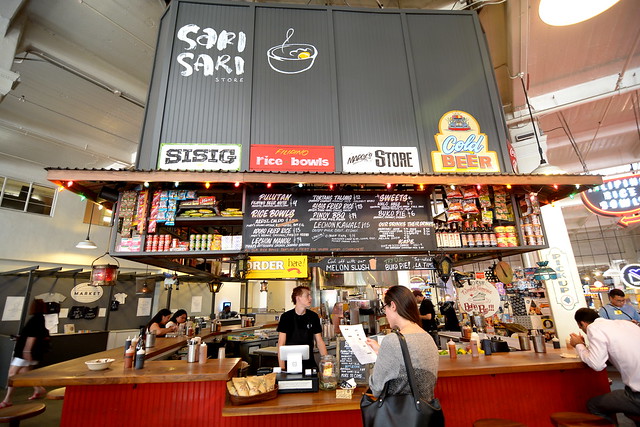 Sari Sari Store’s cooking was so very good that my cousin Jessica and I didn’t mind sweating through our lunch this afternoon. The 1917-era building that houses Grand Central Market heats up like you wouldn’t believe, especially during the peak of summer, but man it was so worth it. Yow! 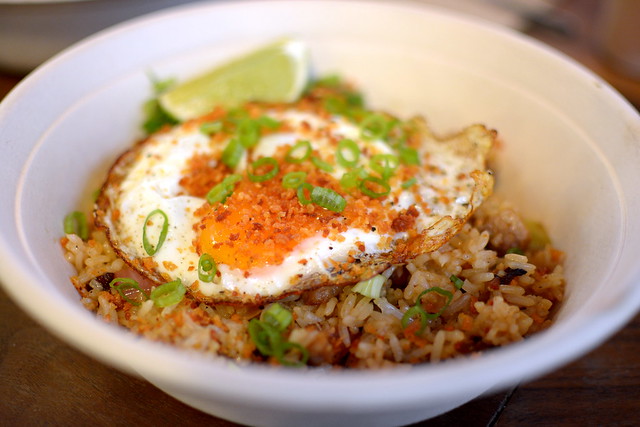 We ordered two mains, two desserts, and a Melon Slush ($6.30) to share between the two of us. The “Sisig Fried Rice” bowl ($13), an intriguingly rich mash up of crispy head cheese, garlic rice, onions, chilis, and ginger, came topped with a fried egg complete with lacy whites and a runny yolk. Filipino fish sauce and vinegar were on hand to balance the dish as we pleased. 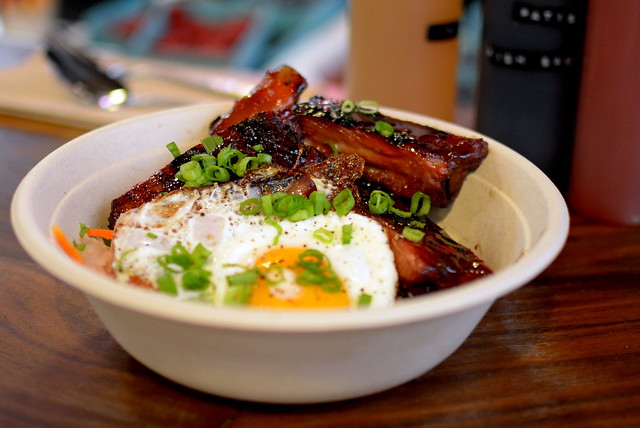 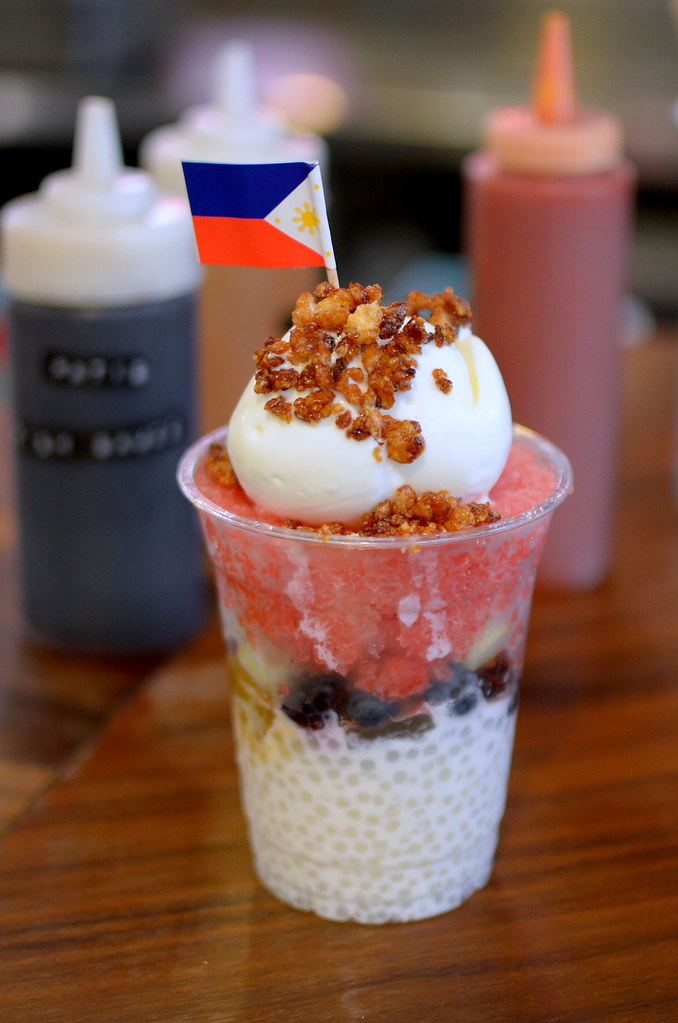 For dessert, a refreshing rendition of “Halo Halo” ($7), which was comprised of watermelon granita, leche flan, fresh berries, coconut tapioca, and coconut ice cream. It’s hard to say which layer was most delightful, but if I had to choose, it would be the coconut ice cream. I was roasting throughout lunch, and that was A/C in a scoop. 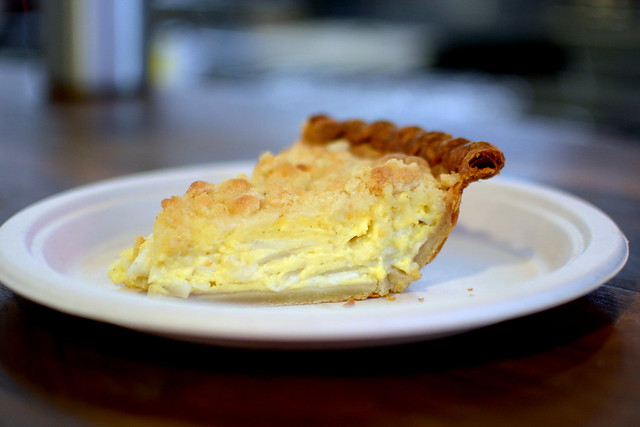 Hitting a delightfully richer note was the “Buko Pie” ($6), a traditional buttery crust filled with coconut custard and fresh young coconut. The last buko pie that I ate was a decade ago aboard a jeepney in The Philippines, and thankfully, this version was nothing like it.

I have tried quite a few of Grand Central Market’s vendors, and Sari Sari is definitely a favorite. Come for the pig’s head fried rice, stay for the coconut pie.