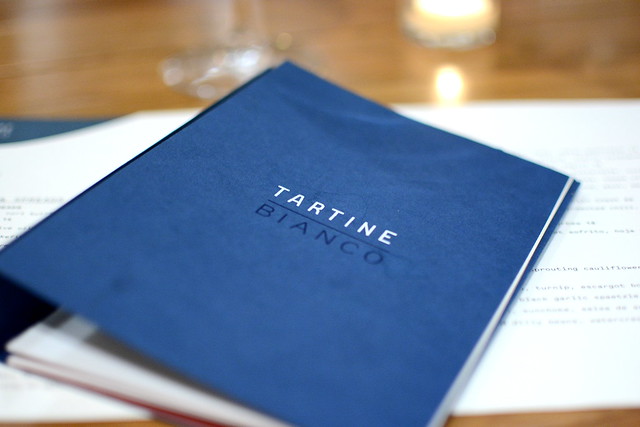 Dining at a brand new restaurant has its pitfalls, namely slower than optimal service and a kitchen working out kinks, but it also has its thrills. When a late-night OpenTable search yielded prime seating at the less-than-two-week-old Tartine Bianco, curiosity got the best of me and I immediately took the plunge. So, following lunch at Pikunico, I returned to ROW DTLA the same day for dinner. #targetdemo 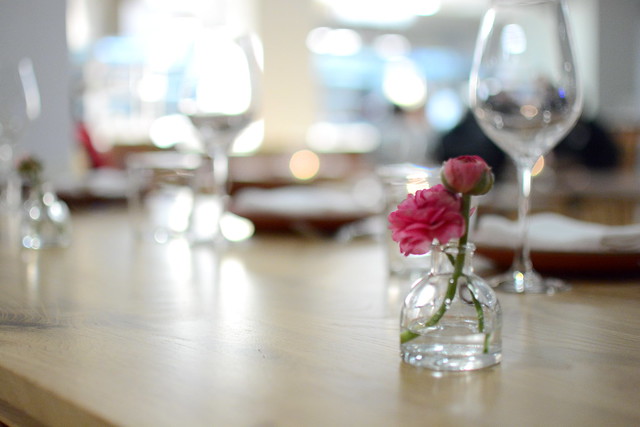 The all-day restaurant inside of The Manufactory was humming along when my girlfriend Thien and I arrived. It took a while for us to be seated even with reservations, but that was to be anticipated given the circumstances. 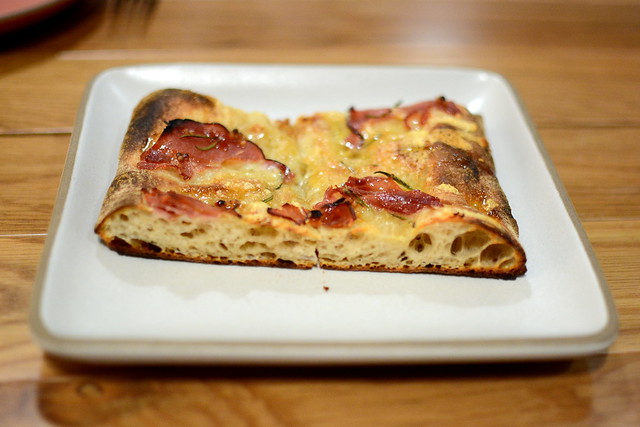 Similar to the original San Francisco location, the menu here is largely comprised of smørrebrods and tartines served on Tartine bread. Unique to the Los Angeles location are flatbreads from Chris Bianco of Pizzeria Bianco fame. We started with a flatbread topped with honey, ham, and rosemary that was utterly fantastic. 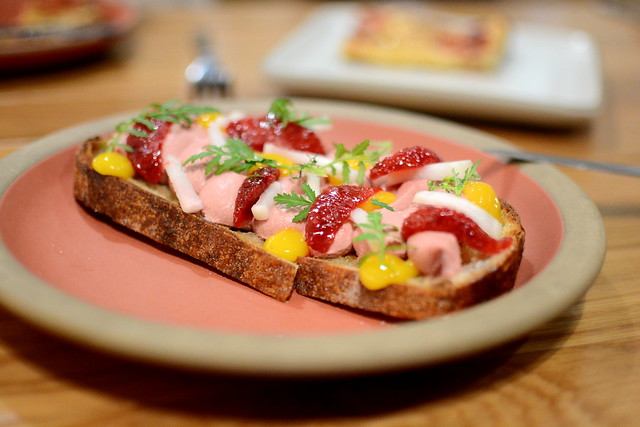 Also super-good was the chicken liver toast ($16). The base of the matter, a crusty slice of the restaurant’s famous bread, sturdily held onto the pretty pink liver, as well as dollops of kumquat puree and blood orange segments. This had to be the best bite of the night. 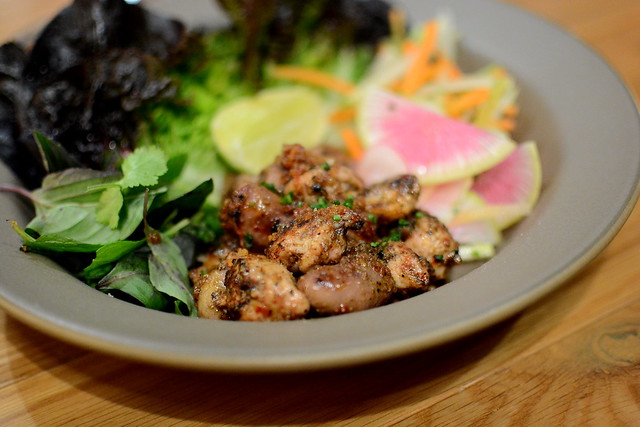 The hits came early this evening but unfortunately didn’t continue. The grilled chicken oysters and hearts ($16), with XO sauce, mint, basil, and gem lettuce, tasted like watered-down Vietnamese food. Though the chicken was well-seasoned and tender, it ultimately got lost amidst the superfluous greenery. 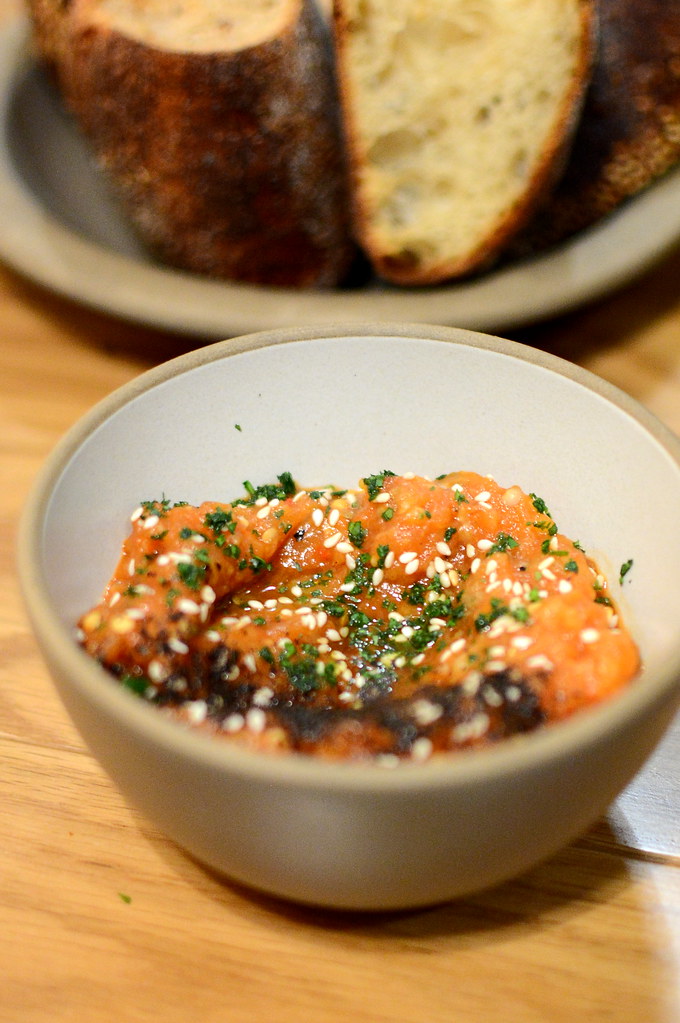 The eggplant dip with fermented red pepper ($8) was equally lackluster. We were expecting fireworks following the first two winning dishes, and the chicken and eggplant just didn’t deliver. 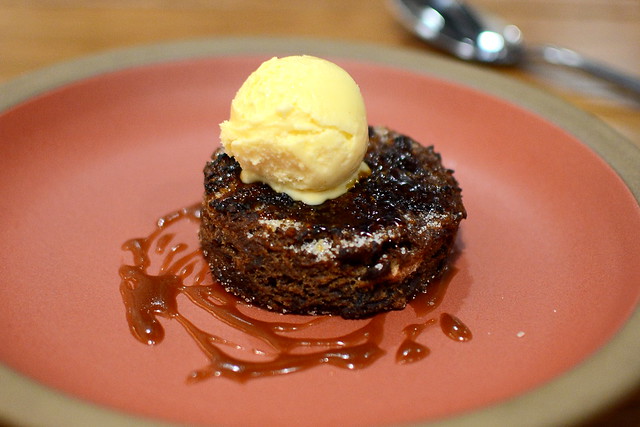 The final bite of the evening, a spiced date cake with brandy toffee sauce and orange Creamsicle ice cream ($13), wrapped up dinner sweetly.

Given that the restaurant had just opened for business, I didn’t mind too much that dinner at Tartine Bianco wasn’t flawless from start to finish. Our meal provided enough glimmers of awesomeness that I wouldn’t hesitate to return in the future to see how the menu and service evolve. But first, Alameda Supper Club!