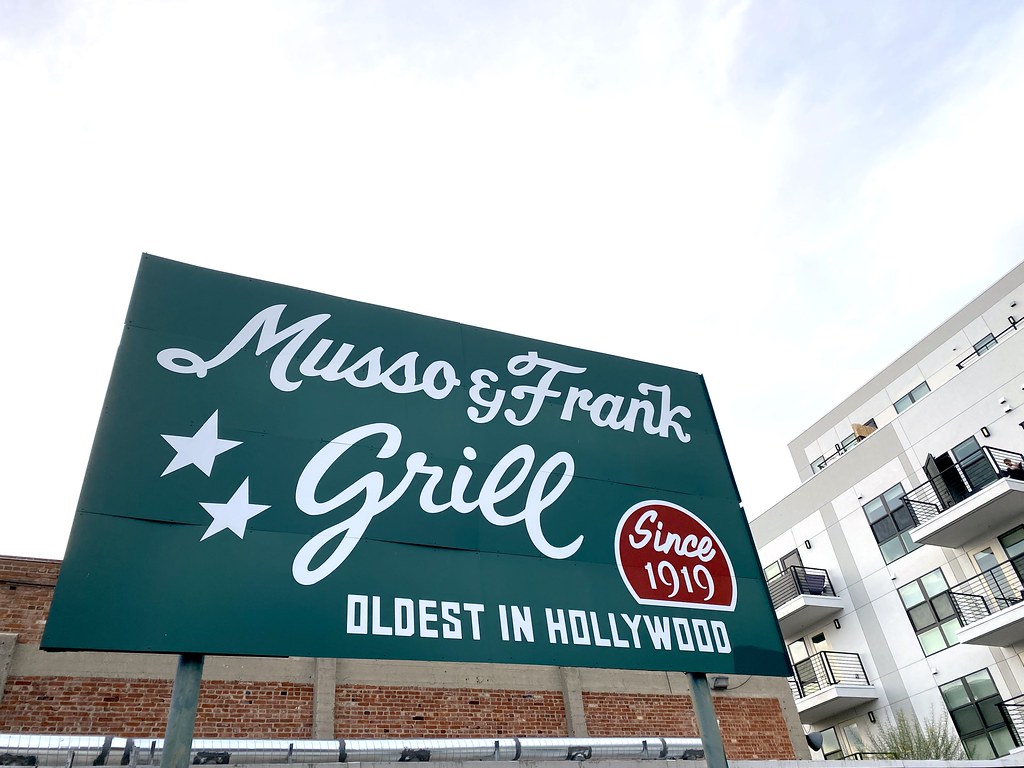 Back in October 2021, before the Omicron variant showed up and ravaged the globe, The Astronomer and I were feeling pretty optimistic about the pandemic and even planned an evening out that included dining indoors and attending a large-scale event. Ah, memories… 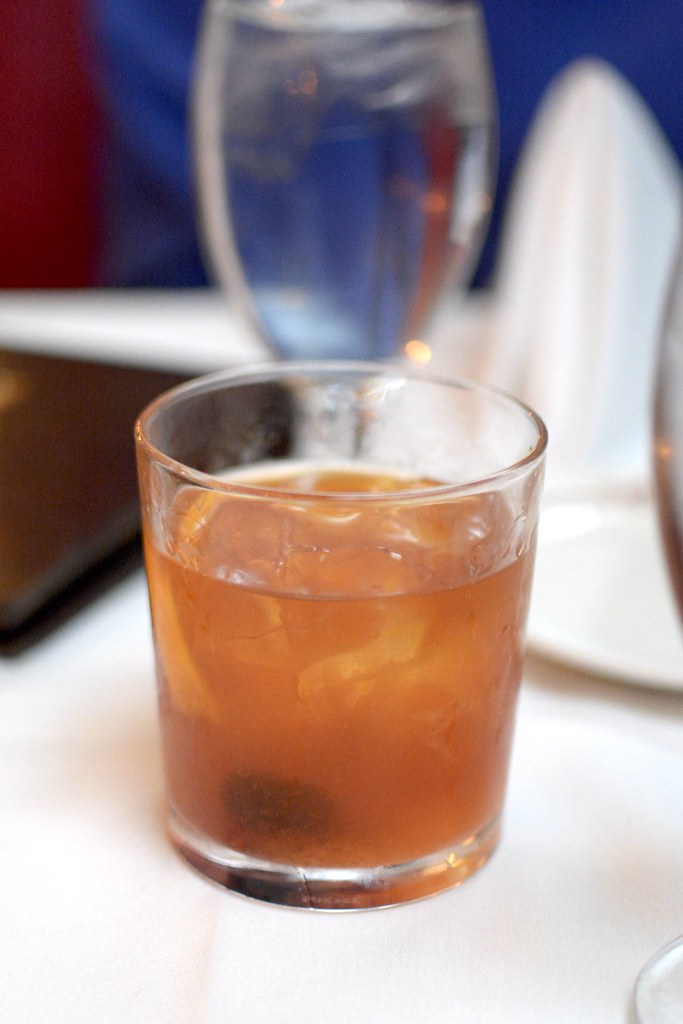 We dined at Musso & Frank prior to catching Alanis Morissette at the Hollywood Bowl. It’s hard to believe that it’s been 25 years since the release of Jagged Little Pill — I can still remember rocking out to “You Oughta Know” like it was yesterday. Needless to say, it was a glorious evening for two aging millennials. To drink, The Astronomer had a beer, while I ordered a well-made Old Fashioned. 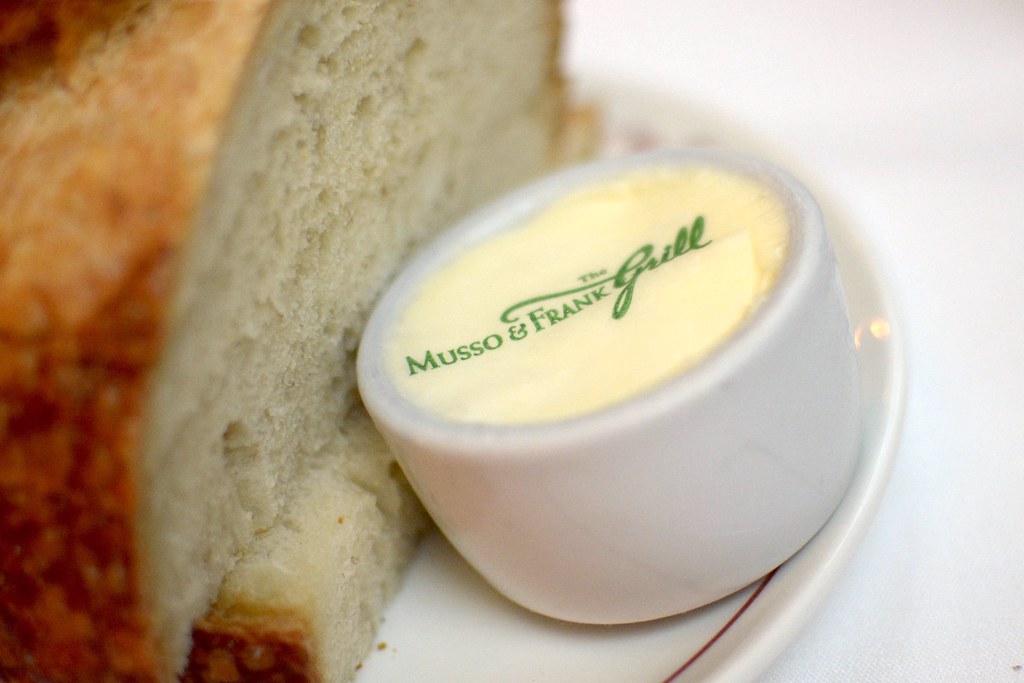 A complimentary loaf of crusty sourdough accompanied by too-cold butter landed on the table first. 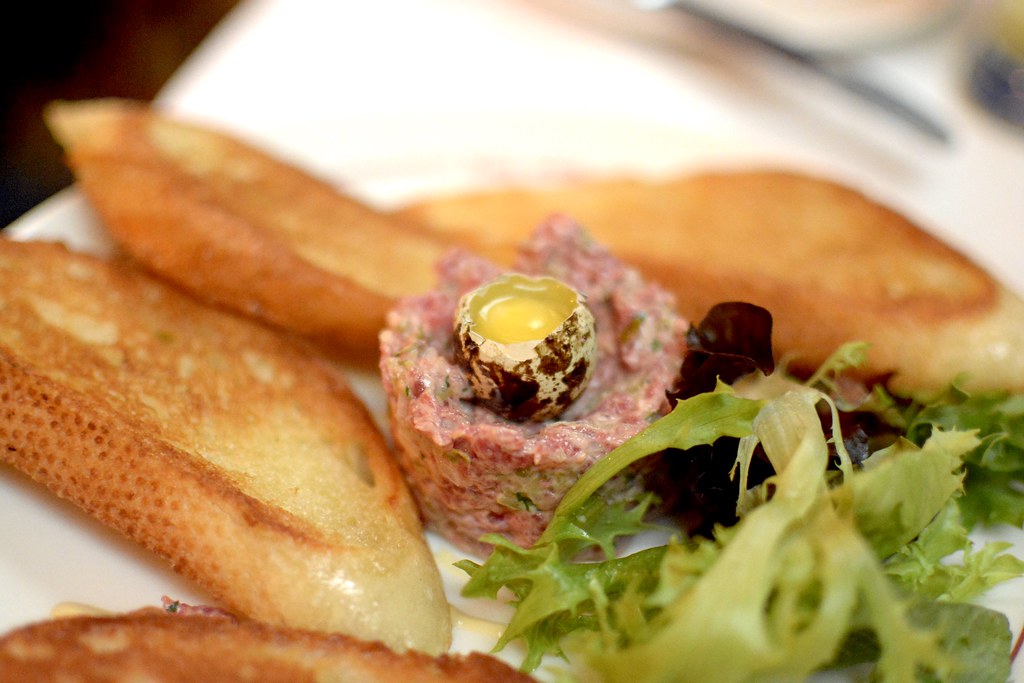 Next we shared a duo of appetizers, both were classically executed and as tasty as hoped. “Musso’s Traditional Steak Tartare” ($21) came with a quail egg, cornichons, and crostini. 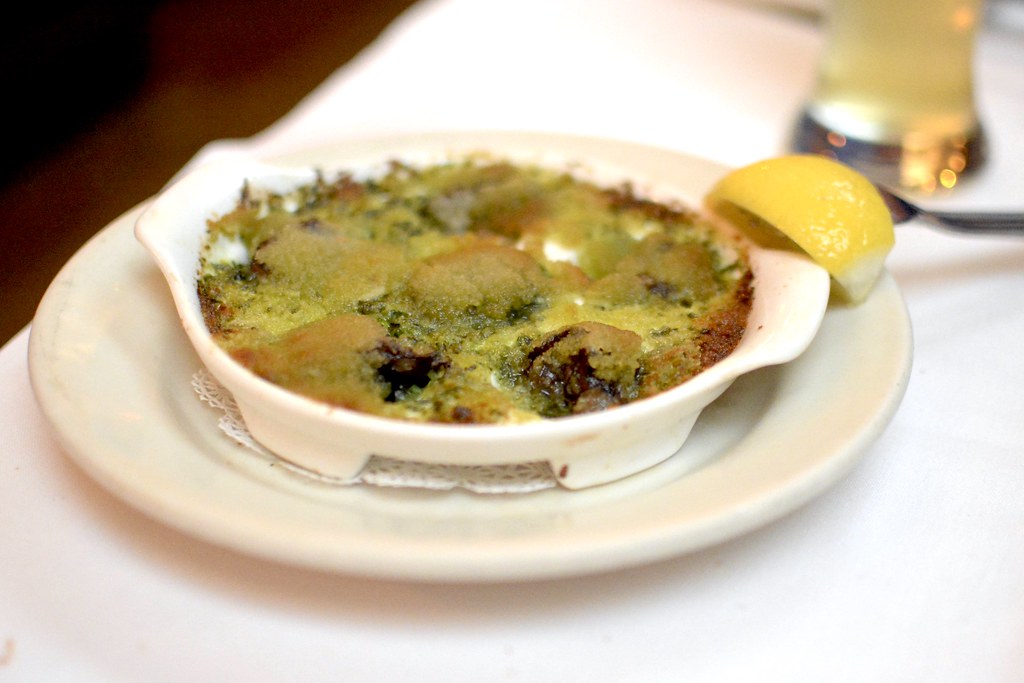 The baked escargot ($14) arrived bubbling in a buttery bath of garlic and parsley. We used the sourdough to sop up all the good stuff. 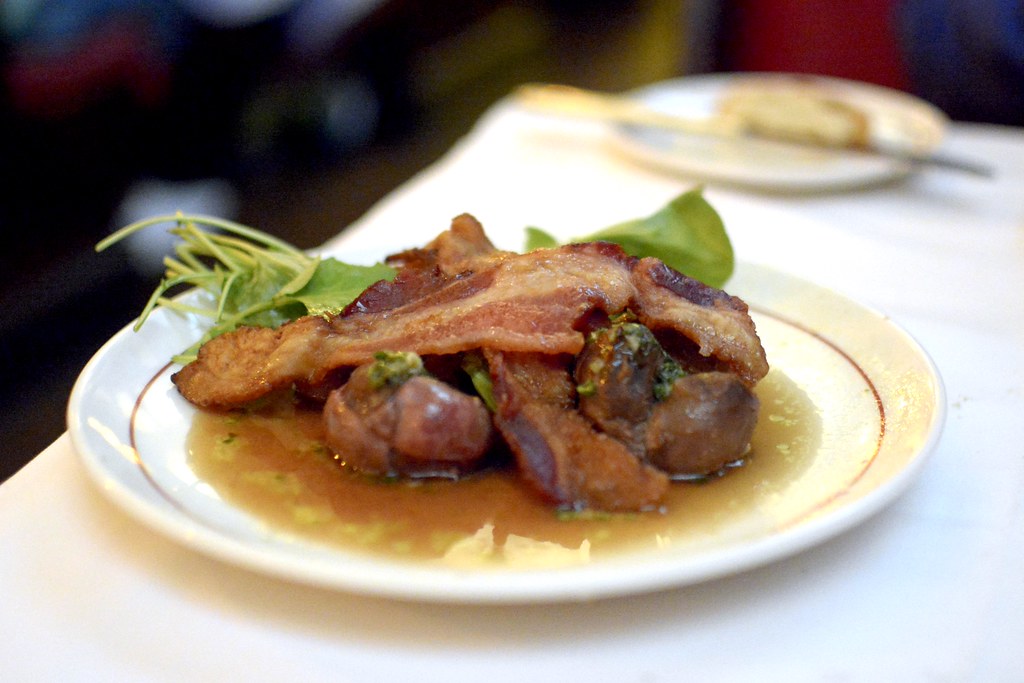 For my main course, I selected the grilled lamb kidneys with bacon ($25) because offals are my favorite. Plus, it was a throwback kind of evening and this dish certainly saw its heyday forever ago. The kidneys were bouncy and only slightly musty. 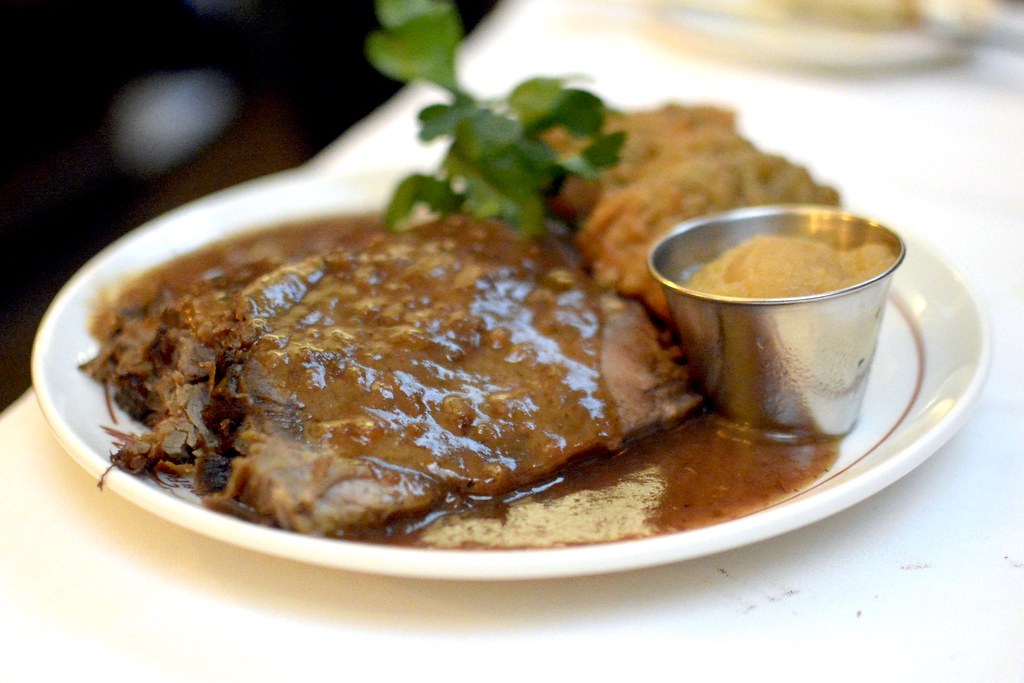 The Astronomer selected the daily special this Wednesday evening, which was sauerbraten with potato pancakes. He was pleased enough with the four or so slices of gravy-laden roast beef. The only other sauerbraten that The Astronomer previously tried was made by yours truly, so there’s that. 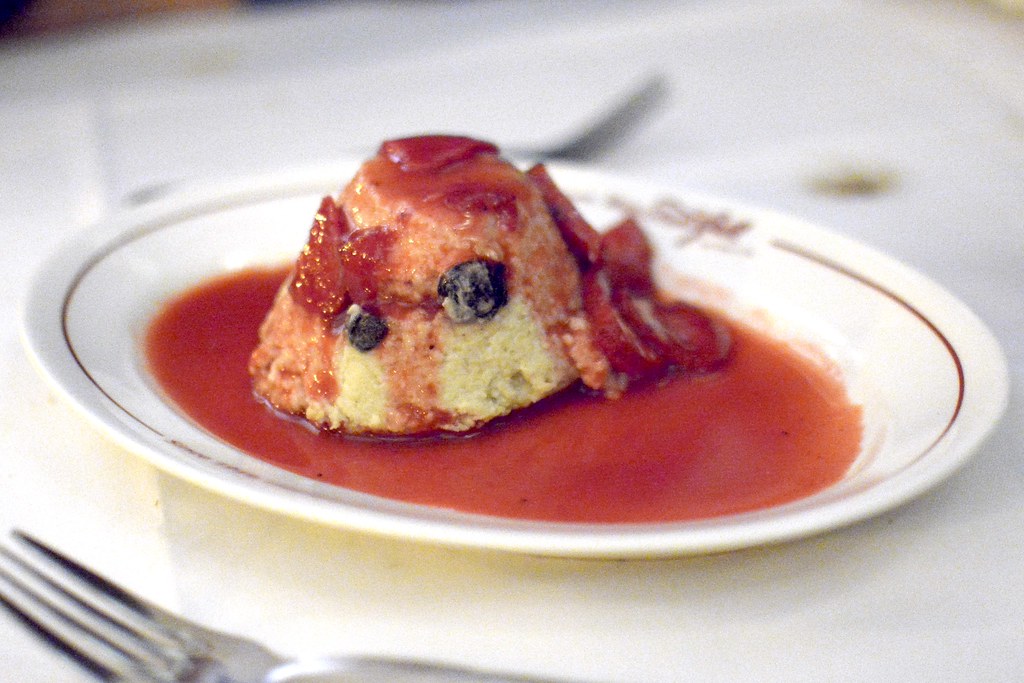 Another vintage offering caught our eye for dessert: diplomat pudding ($10). It’s hard to go wrong with spongy cake resting in a pool of berry juices. 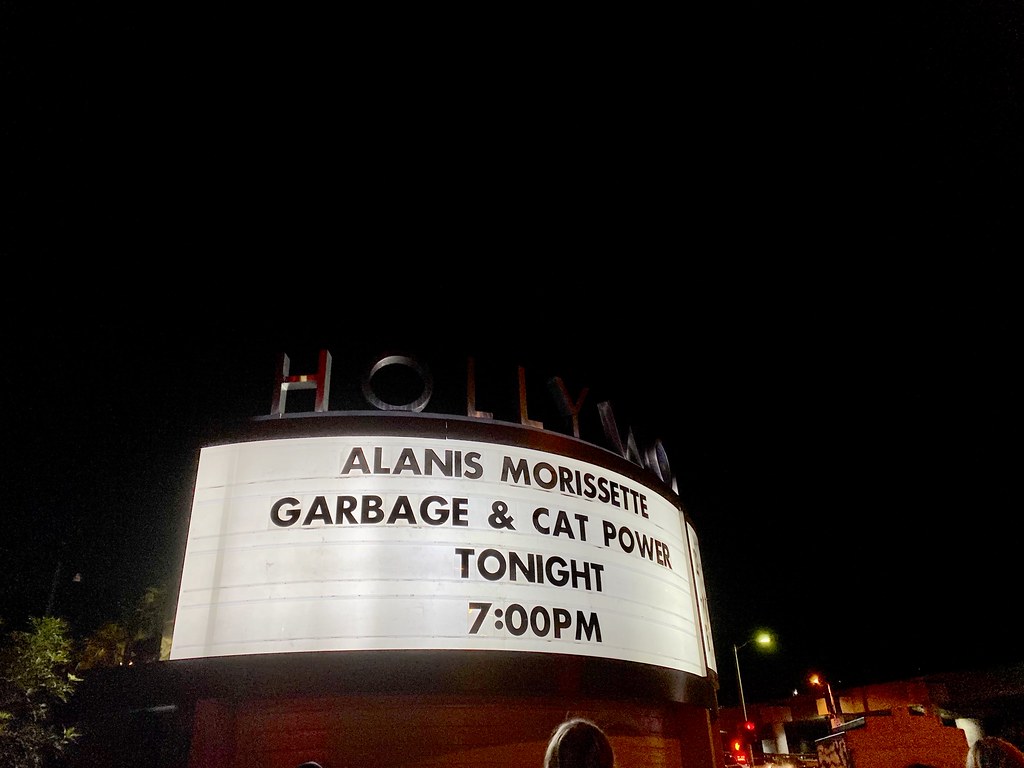 And then we proceeded to the Bowl and rocked out like it was 1995.