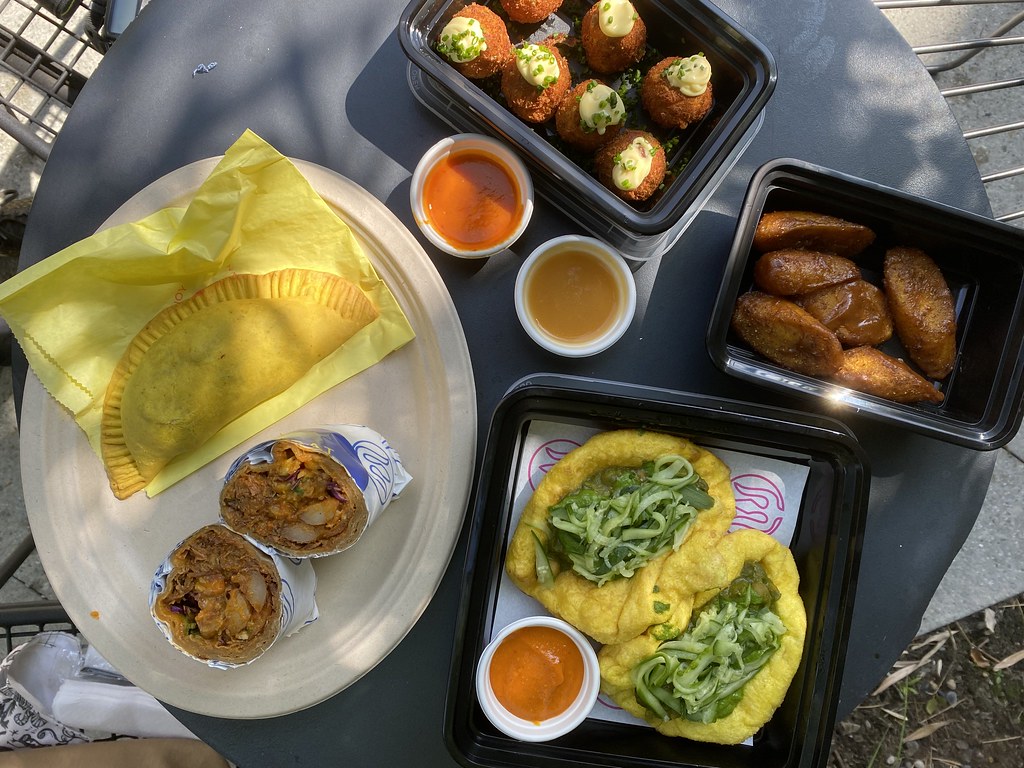 One of my favorite ongoing series at Eater LA is a weekly feature called The Best Dishes Eater Editors Ate This Week. I hemmed and hawed for a solid 20 minutes trying to decide which dish on chef Rashida Holmes’s menu at Bridgetown Roti merited a nod on a recent roundup. Ultimately, I chose all the dishes. It’s impossible to play favorites with a menu so seriously stacked and skillfully prepared. 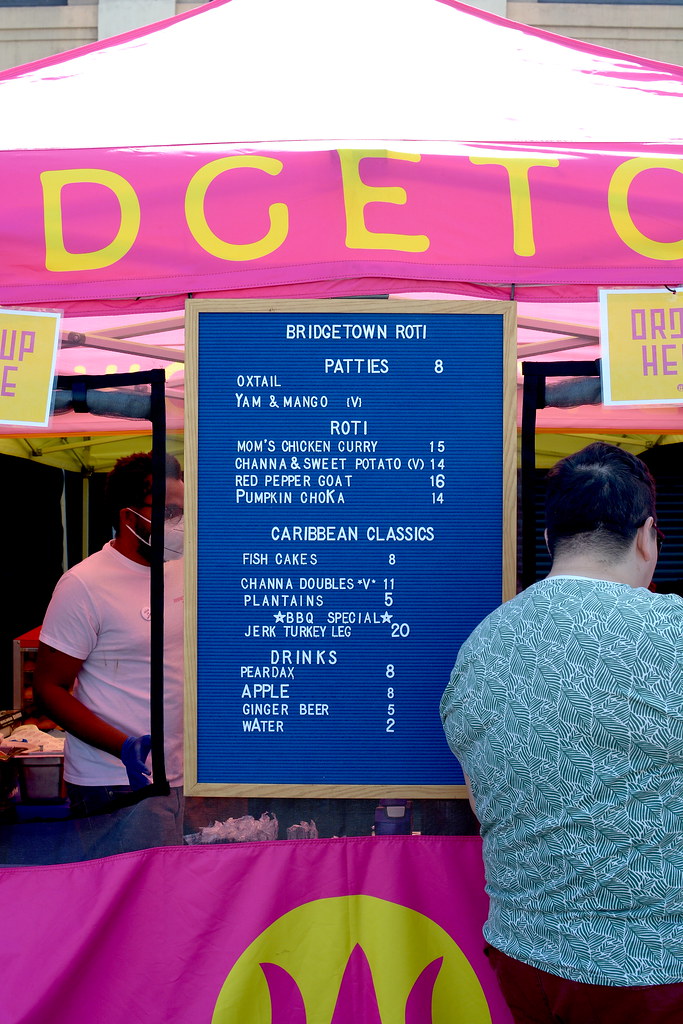 In honor of #Goatober and chef Holmes’s fantastic cooking, here’s a rundown of all that’s good to eat at this Caribbean food business… 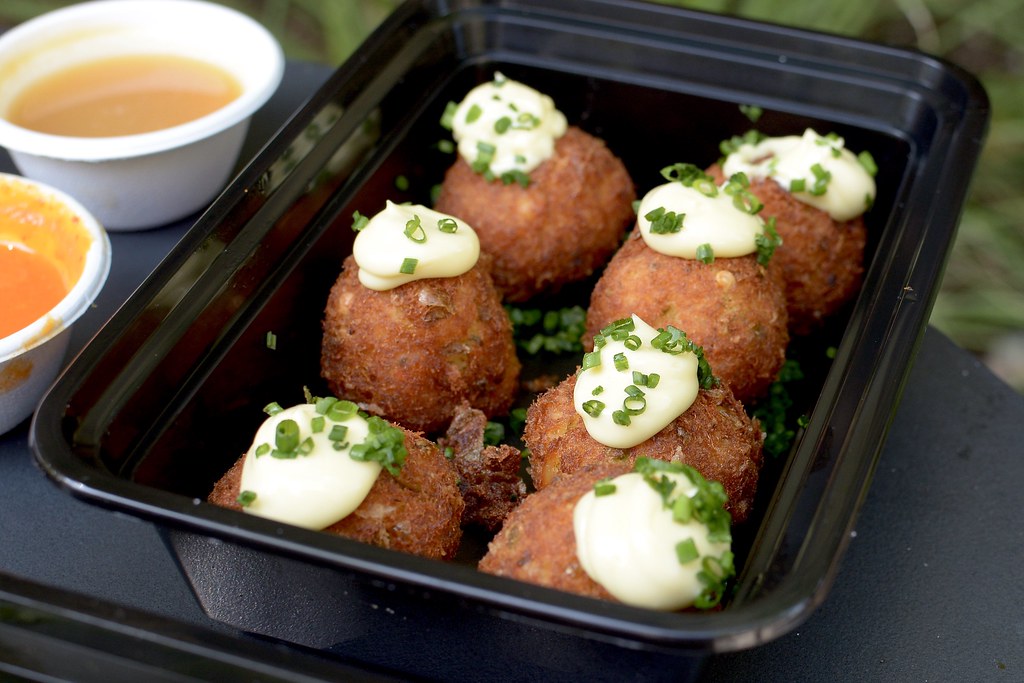 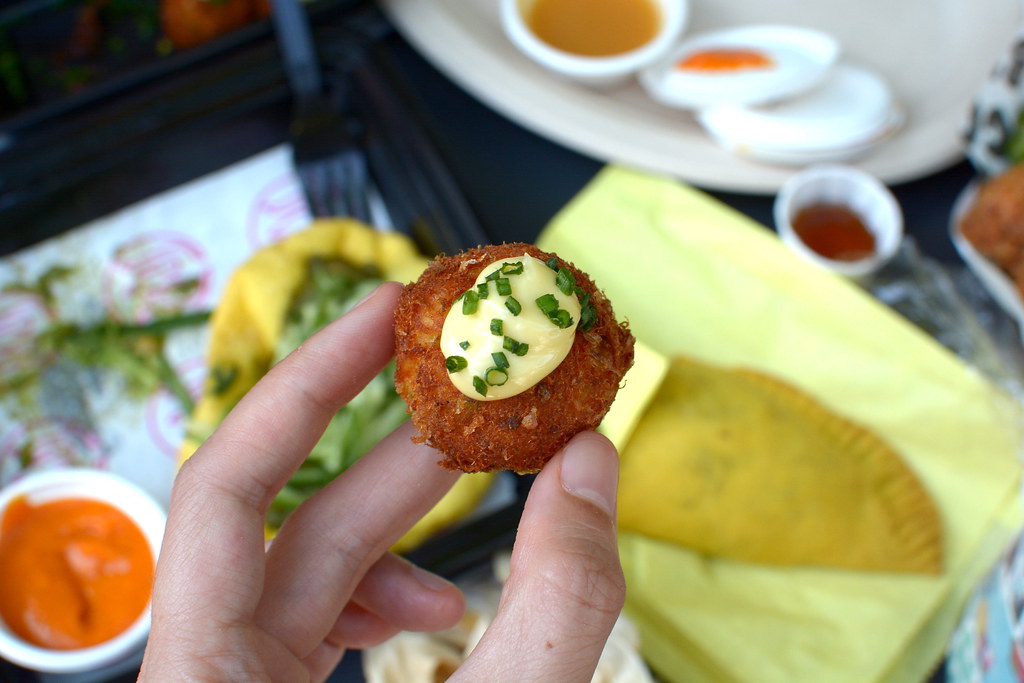 Every bite is crisp yet tender, rich yet balanced — one bite wonders, I tell ya’. 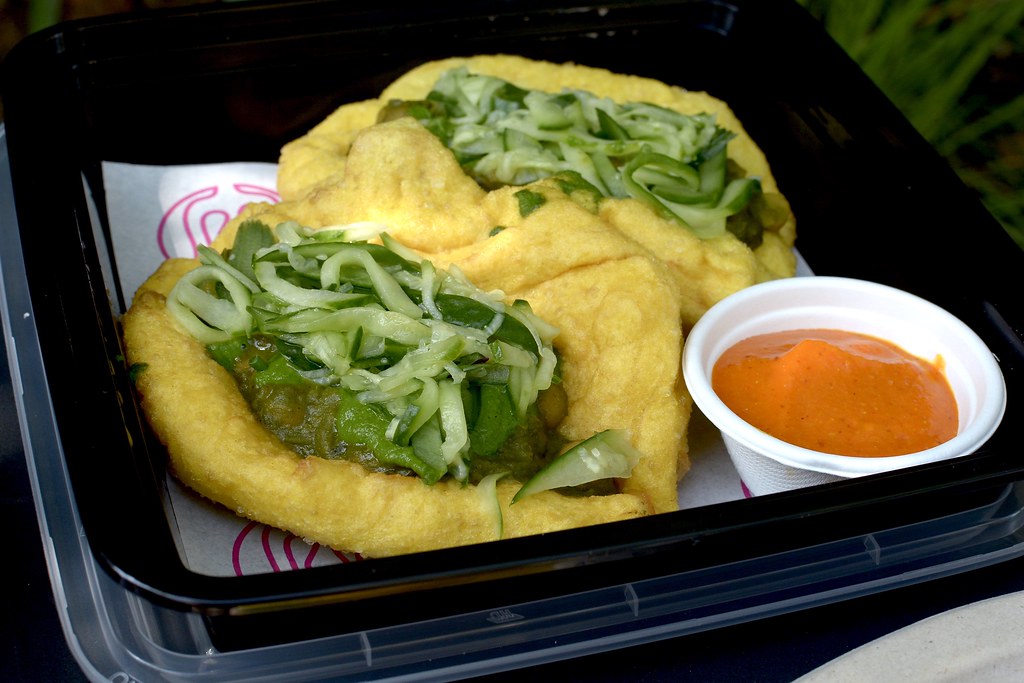 The channa doubles ($11) are a must-taste — thank goodness there are two in every order. The puffy boats filled with expertly spiced chickpeas set The Astronomer’s and my mouths afire, especially drizzled with the accompanying sauce. 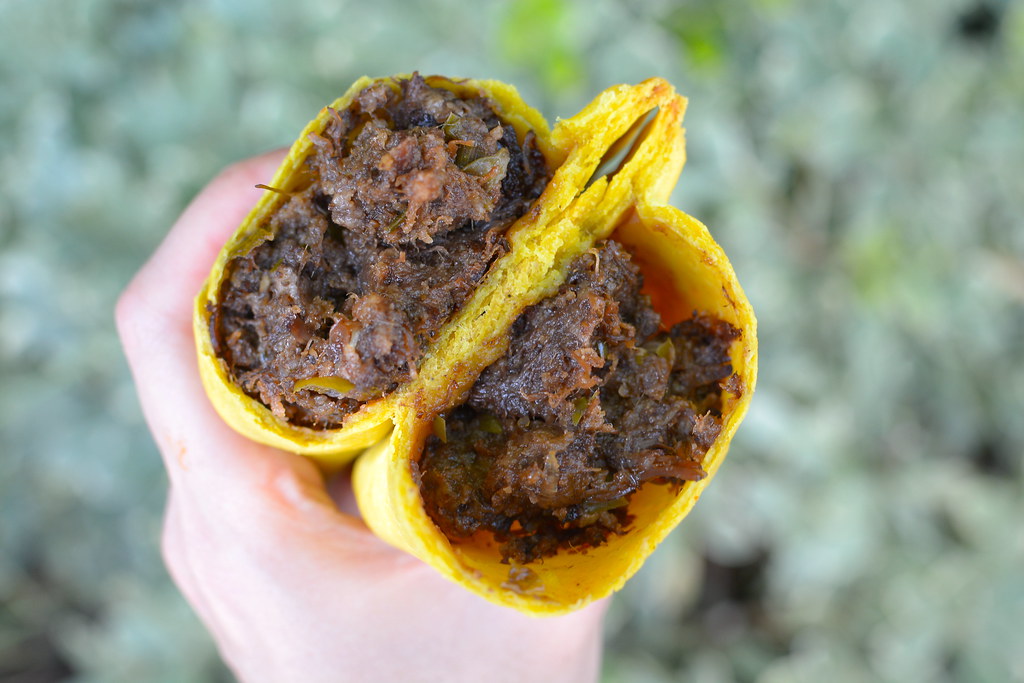 I deeply regretted not buying another one of the patties ($8) filled with rich and savory oxtail for later. The depth of flavor here was really something else. 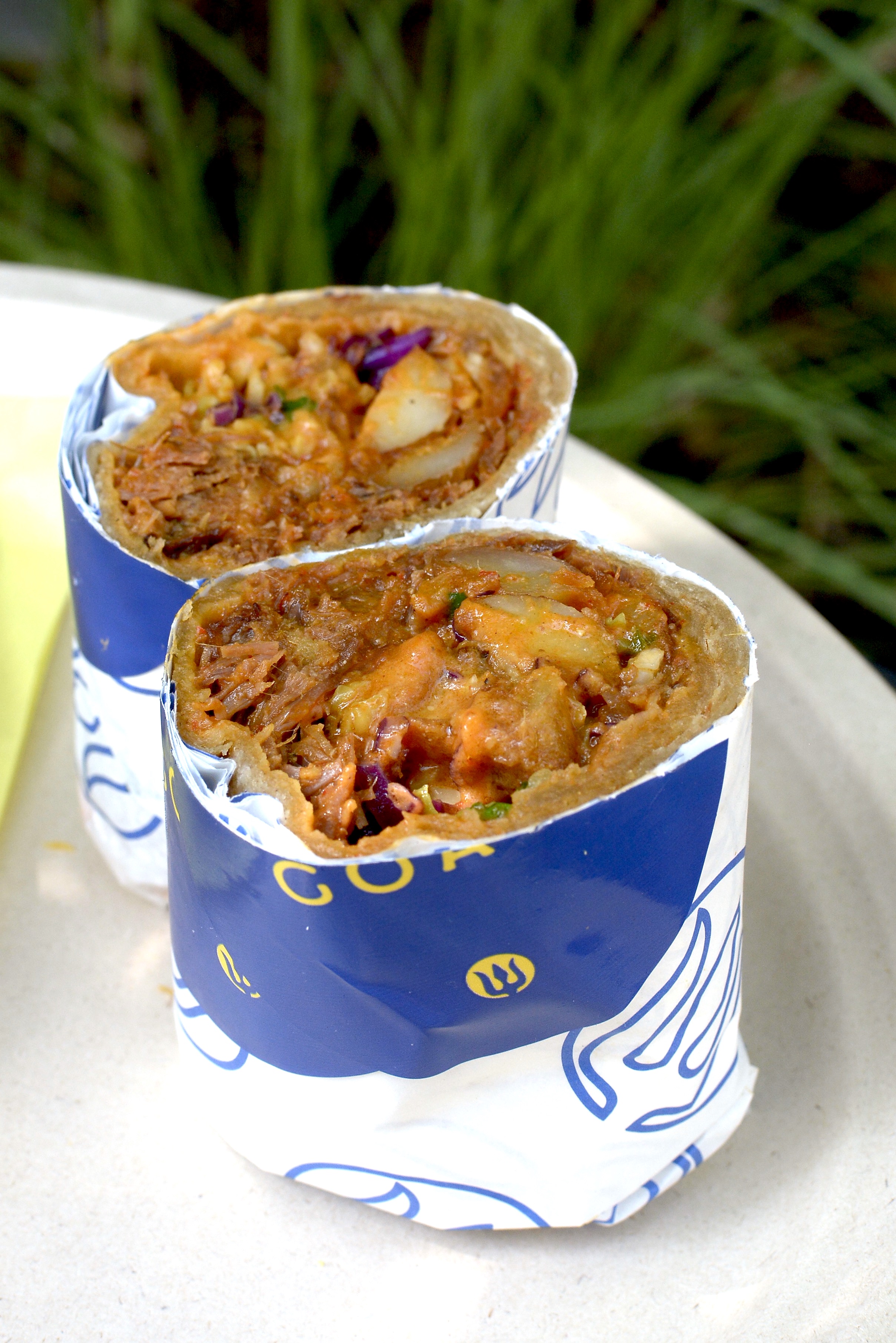 And finally, the roti filled with smoked goat shoulder ($16) had me fighting for bites with The Astronomer, my goat-loving dining companion.

Find Bridgetown Roti at Smorgasburg on Sundays and at Crafted Kitchen on Fridays and Saturdays.