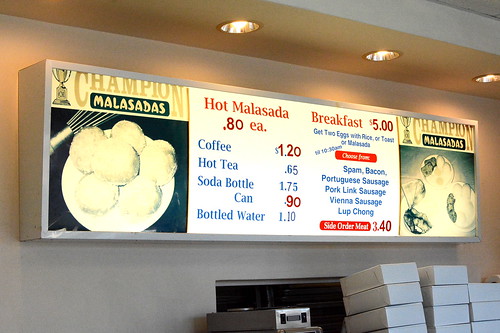 Leonard’s Bakery may have malasadas on lock, but that doesn’t mean that there aren’t lesser-known but worthy competitors in Honolulu. On a recent trip back to the islands for work, I carved out some time to visit Champion Malasada, a purveyor of Portuguese doughnuts with a notable reputation among the local set. 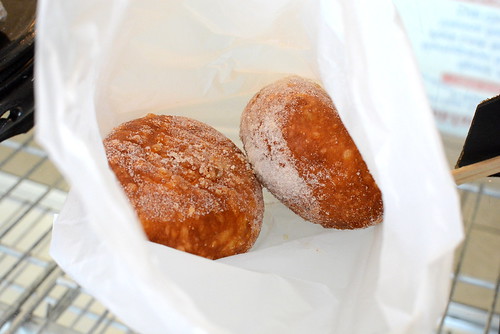 Owned and operated by Joc Miw and his wife Sandra, Champion opened its doors in 1983 serving breakfast, pastries, and of course, malasadas. Joc, who hails from Macao (a Portuguese enclave in China), grew up eating malasadas and spent time working at Leonard’s before opening his own bakery. 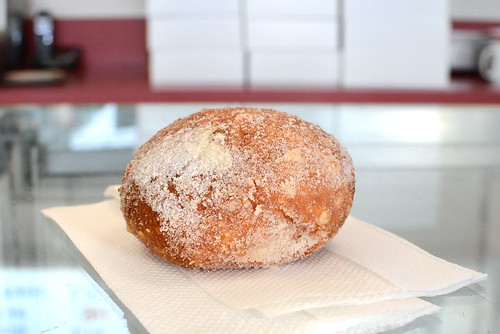 Champion’s malasadas ($0.80) are made using a recipe that Joc developed over the years. Whereas traditional malasadas are deep-fried just as soon as the dough is combined, Joc allows his dough to “age” some to avoid deflated, air-filled wares.

The resulting malasadas, always fried to order, have wonderfully crisp exteriors and pleasantly rich and chewy innards. Their unmistakably yeasty flavor plays well with their sugary coating. “No air” malasadas for the win! 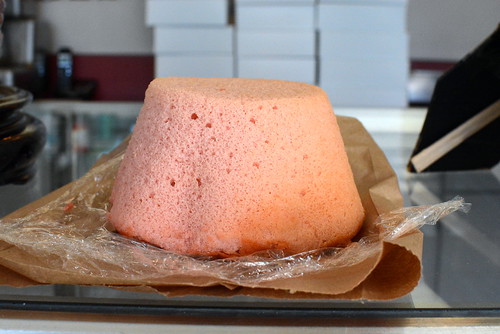 Champion is also famous for its chiffon cakes. I picked up a guava flavored one ($1.80) that was nice and airy but too mild in fruity flavor. 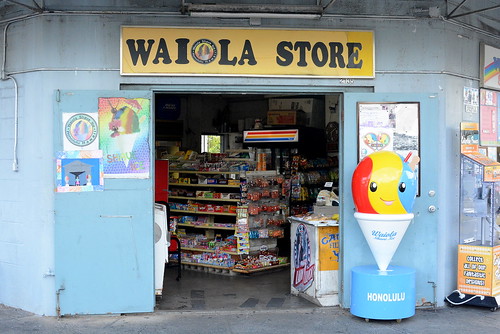 On my walk back to the hotel, I made a pit stop at the original Waiola Shave Ice, which is located a stone’s throw from Champion. I only ate one malasada this afternoon, so there was plenty of gastro real estate for a cold treat. 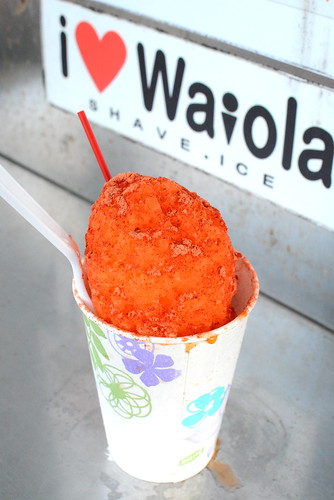 I kept my creation lip-puckeringly simple with li hing mui (salty dried plum) syrup and li hing mui powder. I know what I like.

Hungry in Honolulu? I’ve got you covered: