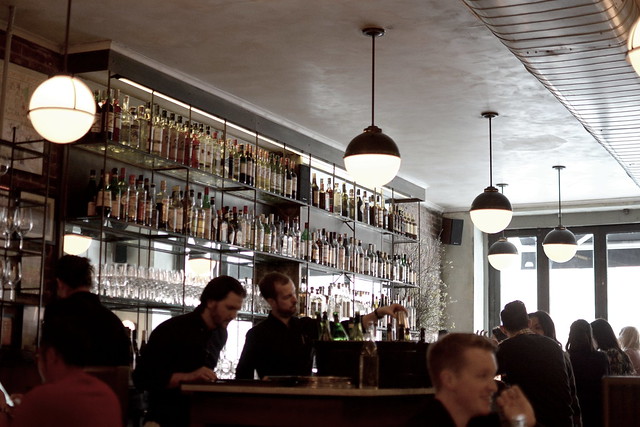 Following a long day of production on Trailblazers, a short documentary that I helped produce for Panda Express in celebration of Asian Pacific American Heritage Month, my colleagues and I sat down for dinner at Estela. Though we were exhausted from the day’s shoot, we were also giddy from having been graced by Connie Chung’s brilliance. Wine and really good food was just what we needed, and Estela delivered on both fronts. 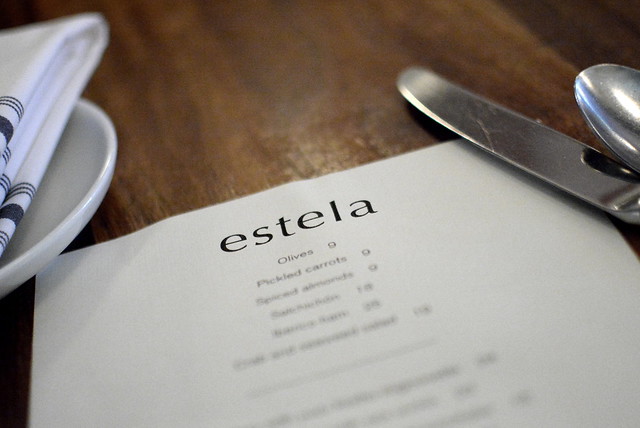 Opened in 2013 in the space that once housed the Knitting Factory, a music venue I visited once circa 2000, if memory serves me right, Estela serves minimalist small plates with a Mediterranean bent. Every dish we tasted on Chef Ignacio Mattos’ menu this evening was as thoughtful as it was delicious. 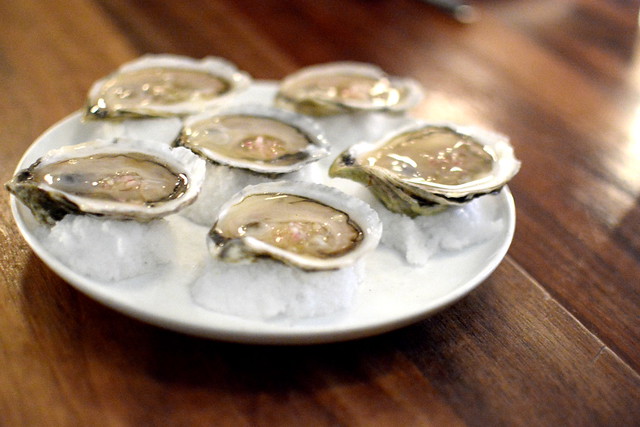 To start, half a dozen chilled oysters dressed ever-so-lightly in a yuzu kosho mignonette ($24). 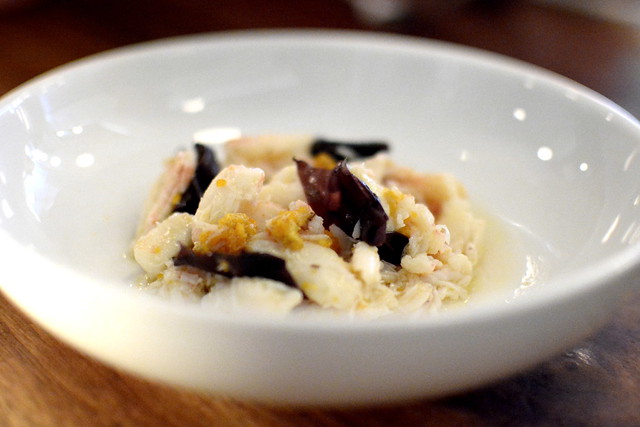 Next to arrive was the crab and seaweed salad ($19). The balance of flavors—oceanic freshness with an undertone of deep, buttery richness—varied with each bite in dynamic fashion. 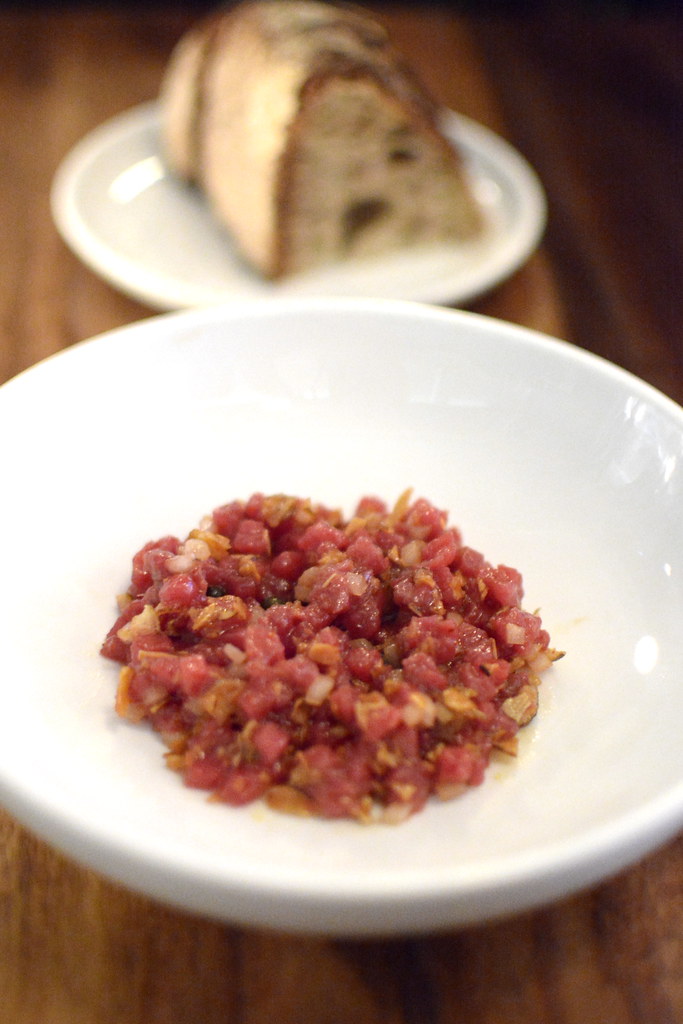 I’m never one to resist ordering beef tartare ($18), and Estela’s take with elderberries and crunchy bits of sunchokes really delivered. 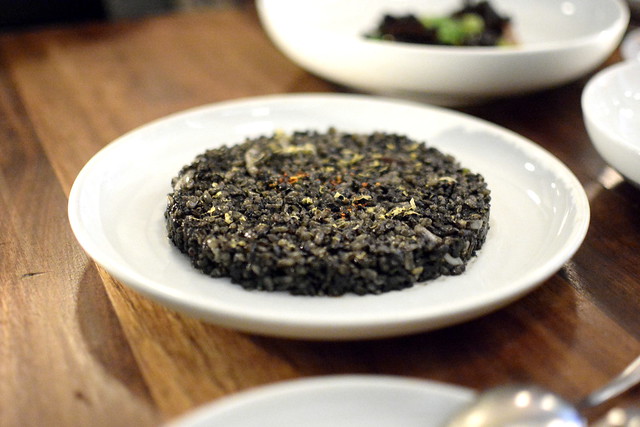 I adored all the dishes on the table, but the “fried arroz negro with squid and romesco (nut and red pepper-based sauce)” was my favorite ($25). The textures and flavors brought me back to the shores of Valencia. 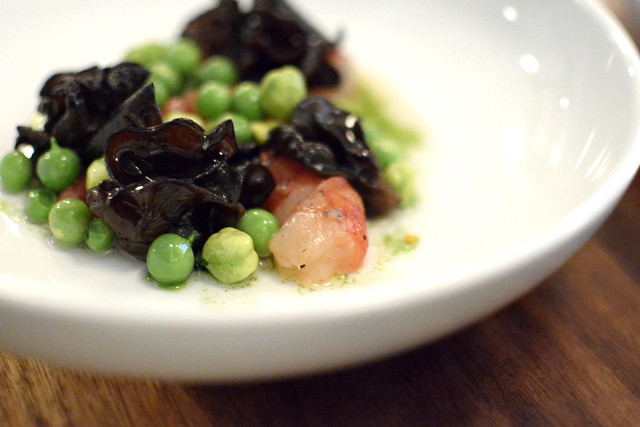 The unlikely pairing of shrimp, English peas, and wood ear mushrooms ($27) worked surprisingly well. Each snappy ingredient shined on its own, as well as together. 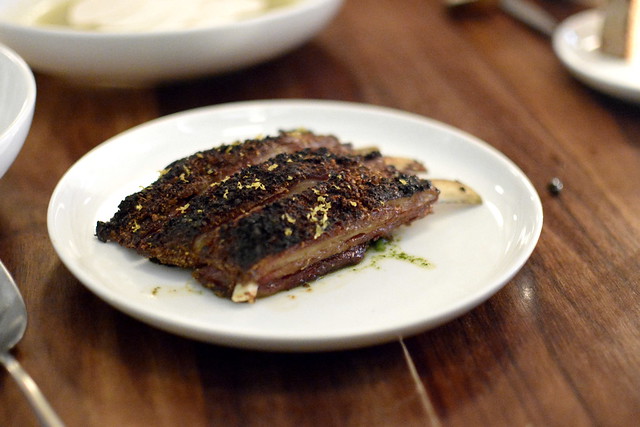 And then there were lamb ribs ($22)—fall-off-the-bone tender with honey and charmoula. 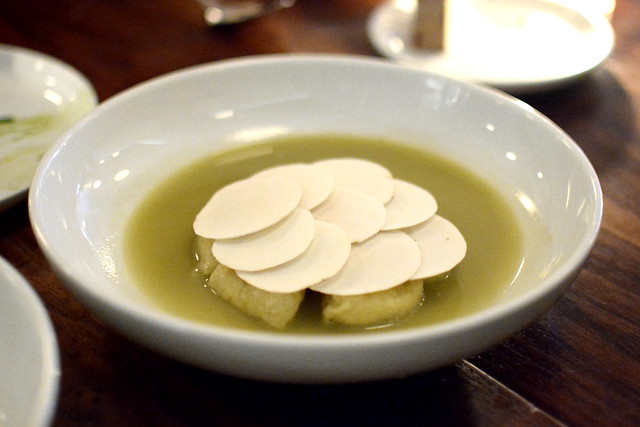 The final savory dish, pillowy ricotta dumplings served in a mushroom and leek broth underneath a shield of paper-thin mushrooms and Pecorino Sardo ($25), warmed our bellies just right.

The food at Estela was fantastic from beginning to end. What made the meal even better was that the stresses from earlier in the day were completely behind us. Some meals just taste better because they are completely earned.