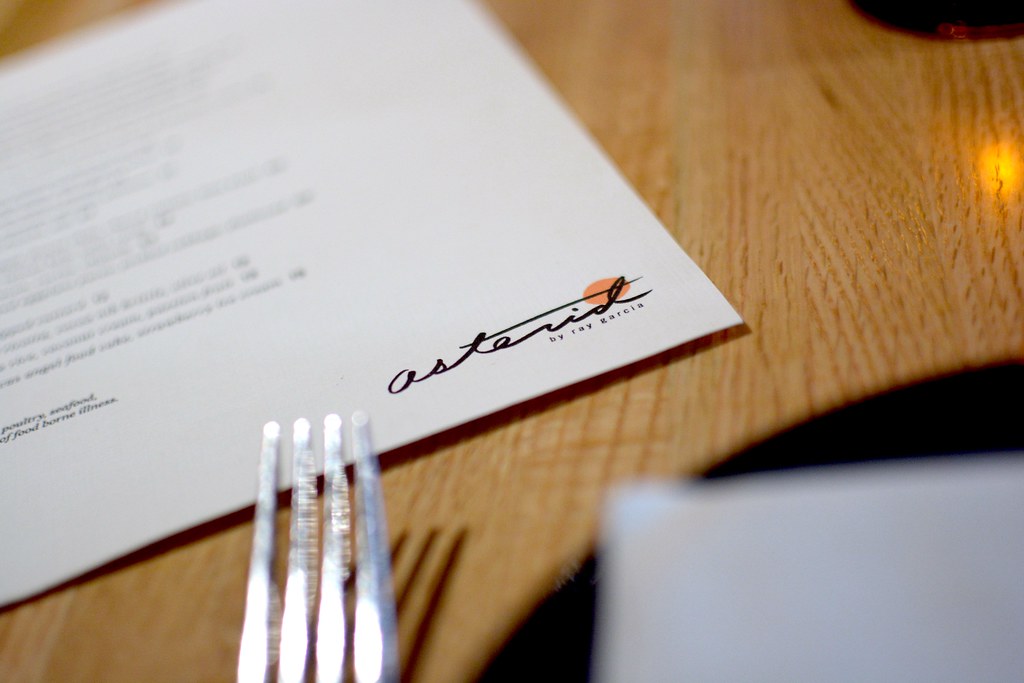 The dining room at Asterid was packed to the gills when my friend Bill and I arrived for our 6:30 p.m. reservation back in June. But even before our cocktails hit the table, the crowd quickly emptied for a concert happening at the adjoining Walt Disney Concert Hall. It was wild to be bumping elbows one minute, then having the place to ourselves the next. 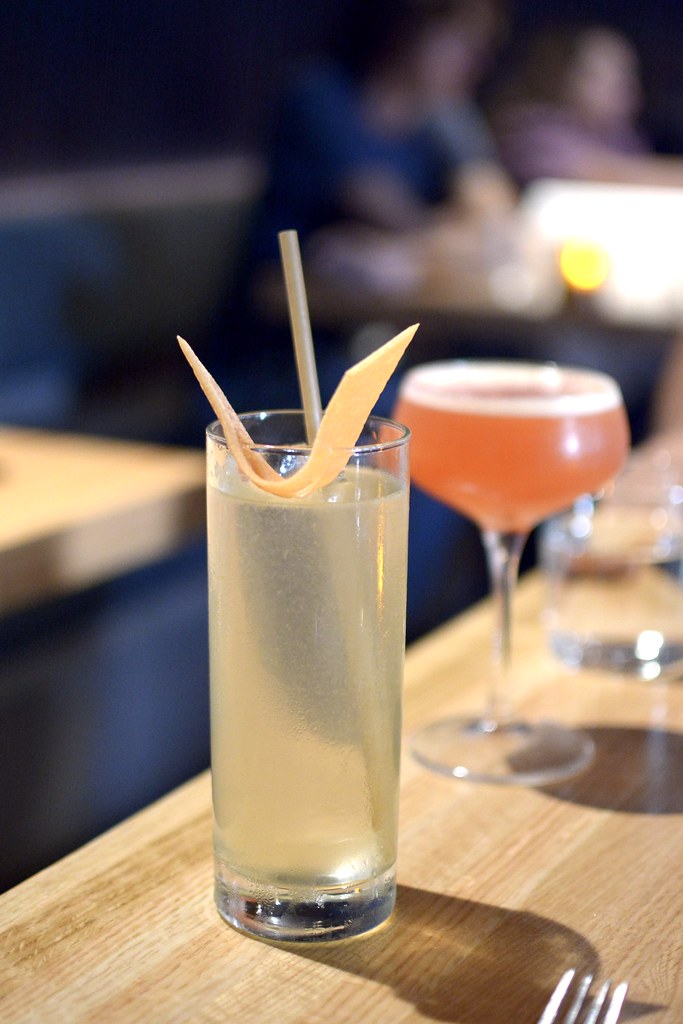 Once the concert-goers vacated the premises, Bill and I sipped some cocktails while perusing the menu. I had the mezcal highball ($19) while taking in the peaceful room. 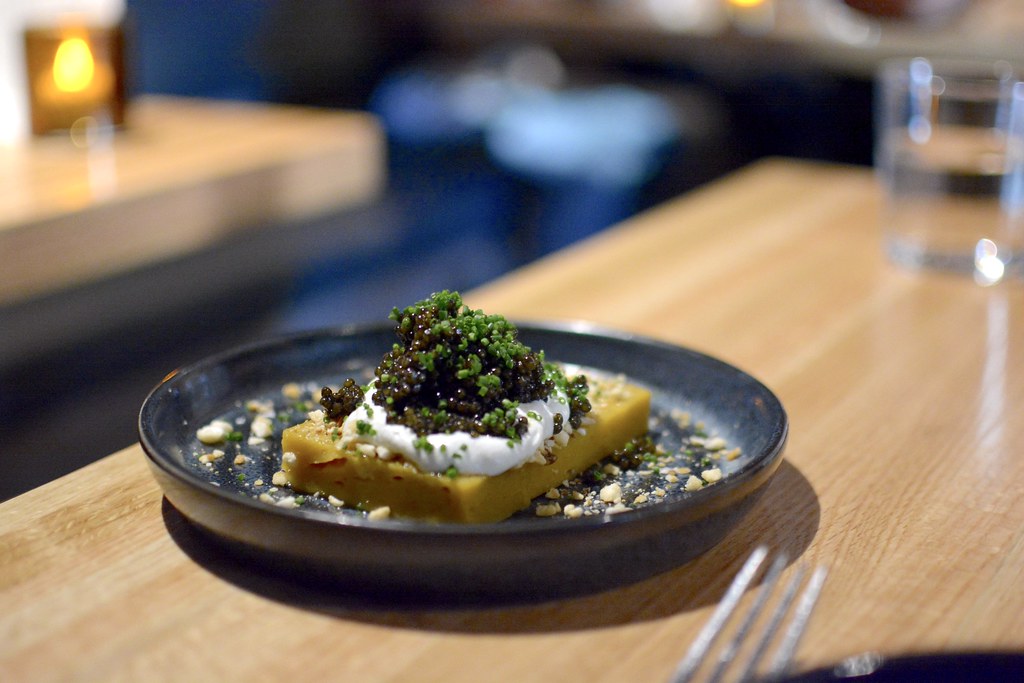 To start, a Tetra squash tamal with a heap of Schrenckii caviar, Beurre de Baratte (really good butter), and crema ($93). 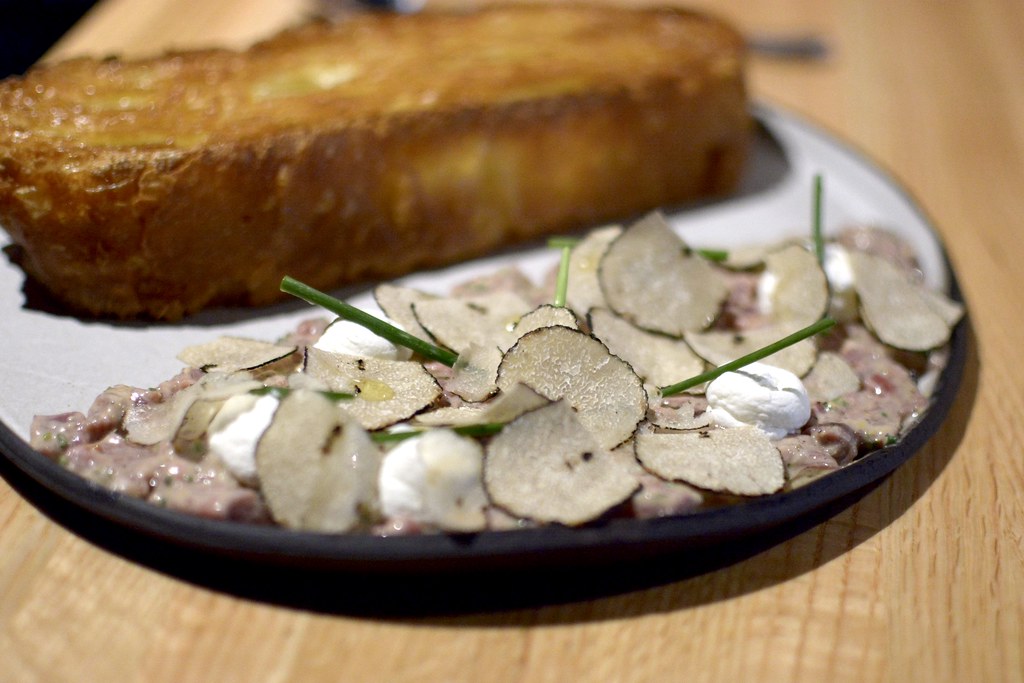 We also shared the beef tartare with summer truffle and creme fraiche ($57). Served on the side was the thickest, butteriest focaccia. 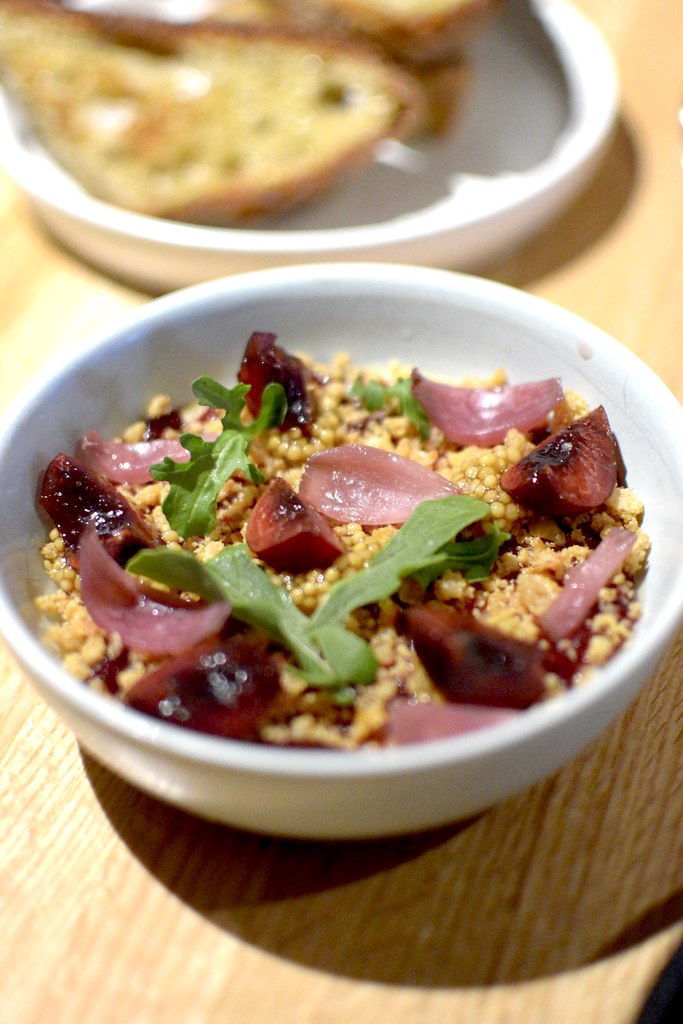 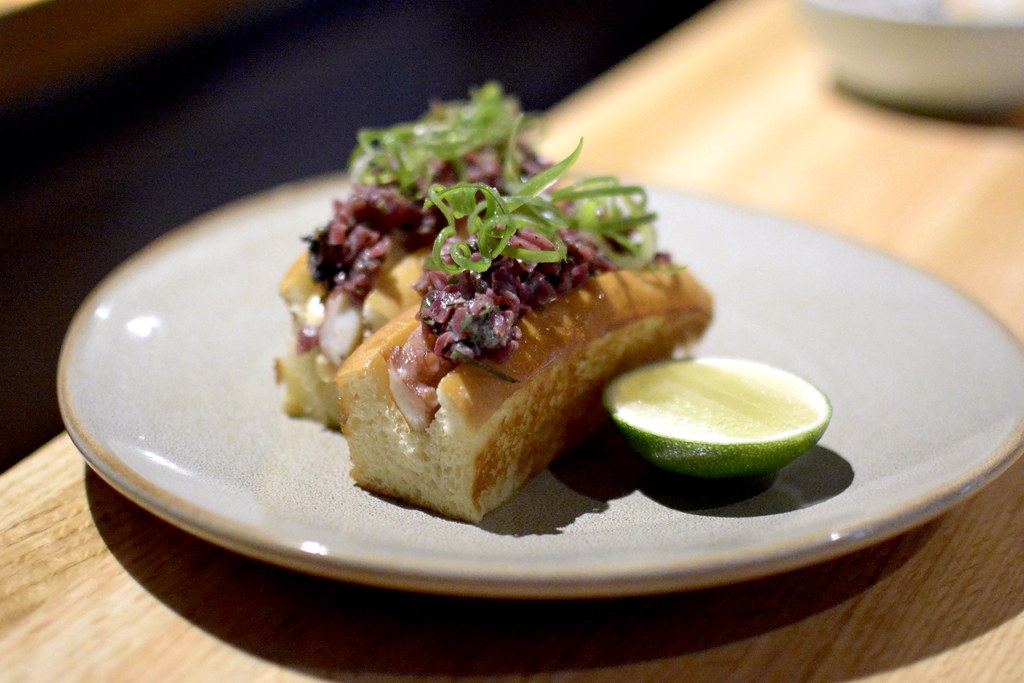 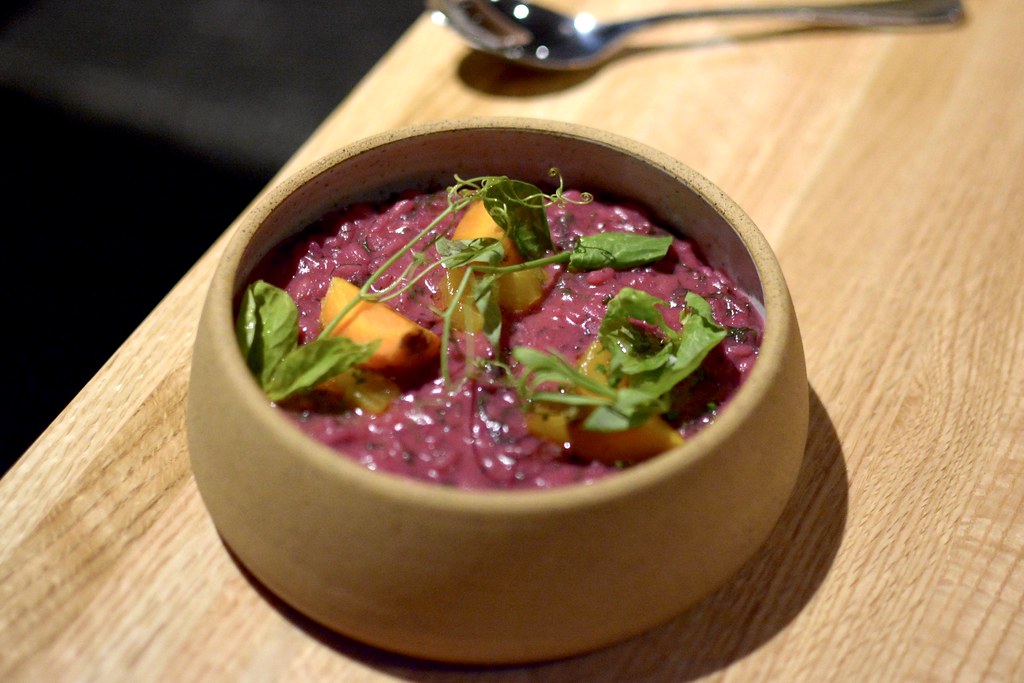 The red beet risotto made with Carnaroli rice and plenty of dill ($27) was my favorite dish of the evening. Served comfortingly warm, the creme fraiche-fortified porridge tasted wonderfully rich and herbaceous with a mild hum of sweet beets. 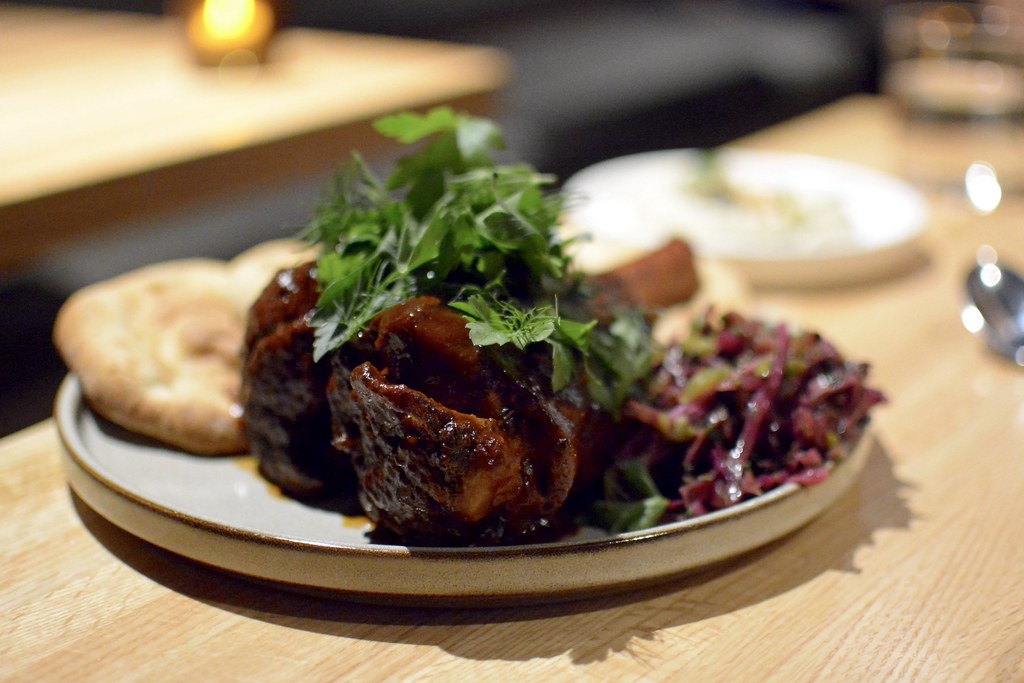 The final savory of the night was the massive lamb shank served with a charred eggplant puree, pickled cabbage, and warm flatbread ($59). 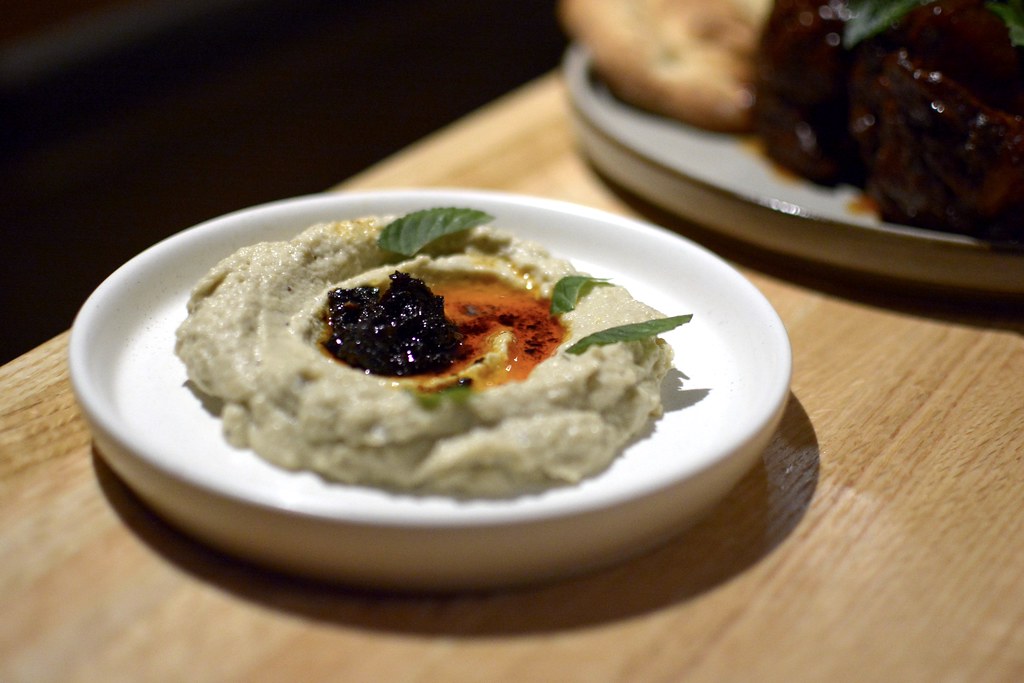 A close up of the most excellent charred eggplant puree with chile japones. 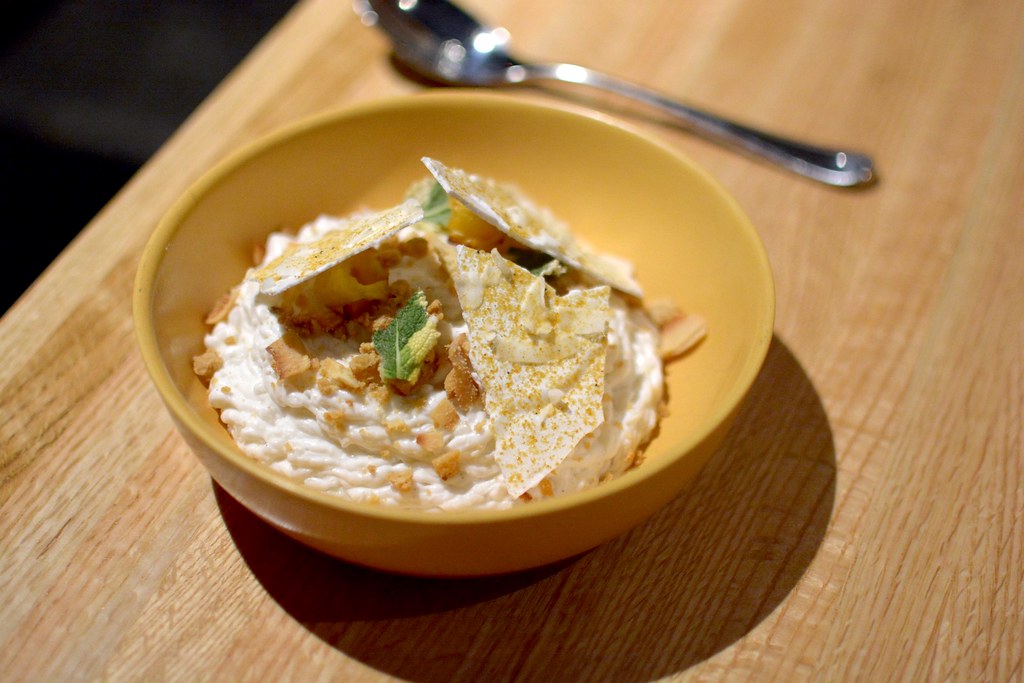 For dessert, a rice Pudding with strong Chez l’Ami Jean vibes made with organic Sweet Rose rice, coconut cream, and passion fruit ($13). Pure lusciousness and then some.