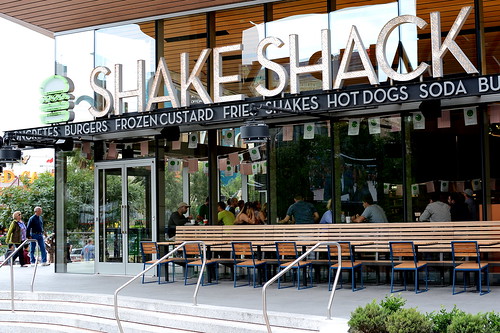 The Astronomer and I shared our first ShackBurger® in the spring of 2007. If memory serves me right, he was a newly-minted college grad, while I was attempting to cross off as many items on my East Coast to-eat list as possible before moving to Vietnam. We had taken the Chinatown bus from Philly to New York City for a Memorial Day weekend getaway, crashing at my brother’s Lower East Side apartment. Ah, those were the days… 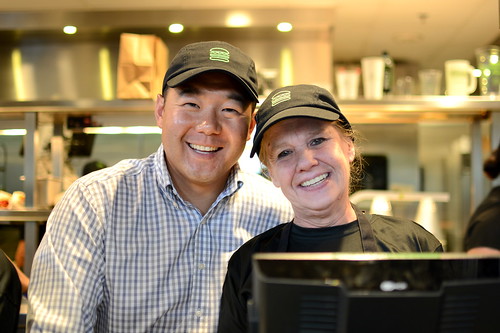 Fast forward to the spring of 2016. The Astronomer and I are back at Shake Shack for the first time in nearly a decade. This time we’re at its first West Coast location at The Park, Las Vegas’s first community green space. 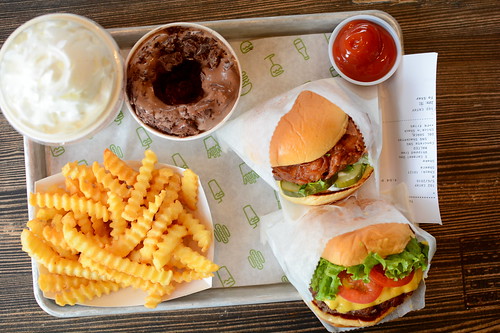 Even before checking into our room at Aria, The Astronomer and I high-tailed it to Shake Shack for a very late lunch. Four hours of driving can really work up an appetite. 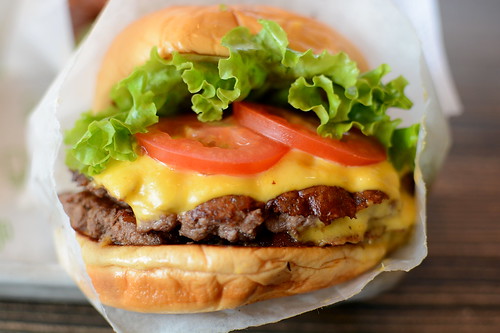 Our reunion with the ShackBurger® was a glorious one! We ordered a double patty with cheese, lettuce, tomato, and ShackSauce ($8.09), all served on a potato bun.

While I wasn’t overly impressed with the ShackBurger back at Madison Square Park, this latest iteration was the stuff of cheeseburger dreams—drippy, savory, and satisfyingly good. 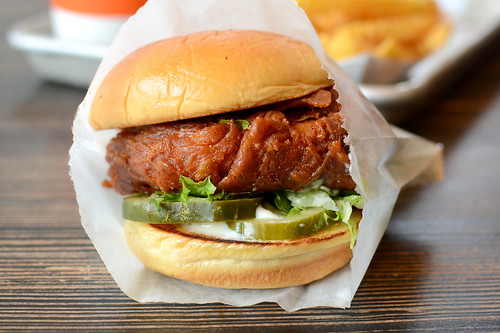 The Astronomer loved the Chick’n Shack™ even more ($6.29). The chicken breast, battered and fried to an impressive crisp, was juicy and well-seasoned. Elevating the cluck of the matter were lettuce, pickles, buttermilk herb mayo, and a plushy potato bun. 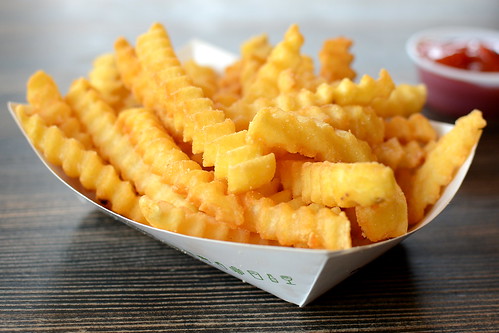 The Crinkle Cut Fries ($2.99) made with Yukon potatoes were simply classic. 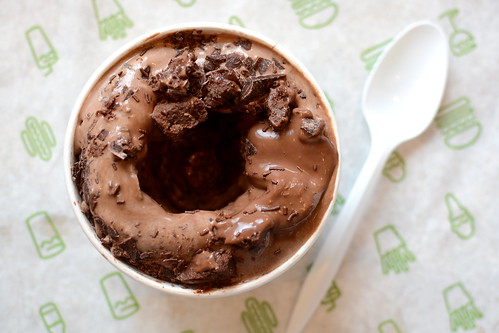 On the sweet side of things, we shared a concrete and a shake. For the former, we settled on the Shack Attack® ($4.59) made with chocolate custard, fudge sauce, chocolate truffle cookie dough, and Mast Brothers Shake Shack dark chocolate chunks and topped with chocolate sprinkles. As anticipated, it was was intensely chocolaty and provided just the jolt we needed. 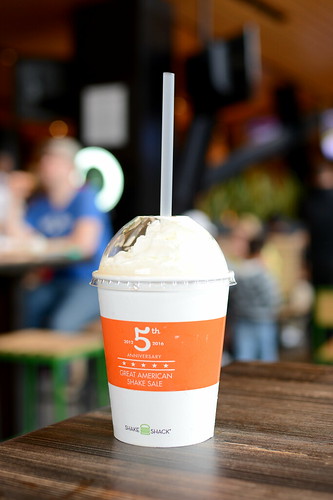 And finally, a salted and malted hand-spun caramel shake with whipped cream ($5.29). Milkshakes and burgers go together like nothing else.

Thanks for the warm welcome, Vegas. You know just how to treat a gal.

Gluttony is my favorite sin in Sin City: