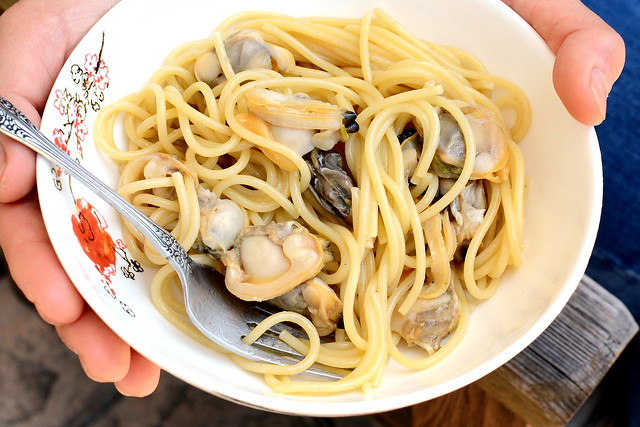 One of the upsides of sheltering in place is having time to tackle fussier recipes. Dreams of homemade spaghetti with clams finally came true when a friend included me in a bulk order from Luxe Seafood, one of LA’s wholesale seafood distributors currently making home deliveries due to COVID-19. With four pounds of the freshest Manila clams delivered right to my doorstep, Noah Galuten’s timely recipe in hand, and an afternoon without plans, it was time to get to work.

Calling for just olive oil, garlic, spaghetti, and clams, this dish is as delightful as it is dead simple. After steaming the clams in a bit of olive oil and plucking out the meat from the shells, the noodles are finished in the clams’ reserved juices — infusing every last strand in briny goodness. With clams this fresh, it’s best to keep it simple and let them shine. 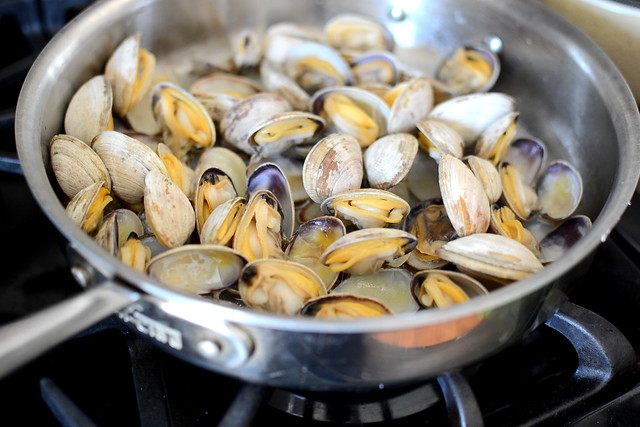 Drizzle a tablespoon of olive oil in the pan. Add the clams and saute over medium-high heat, shaking the pan a little. Cover with a lid and allow the clams to steam until they have all opened up. Discard any clams that didn’t open up.

Strain out the liquid, reserving every last drop of clam juice. Keep the clam juice aside and then reserve the clams, letting they sit until cool enough to handle. Once cooled, pick the meat out of the shells and save it. Discard the shells and add any extra clam juice into your bowl. 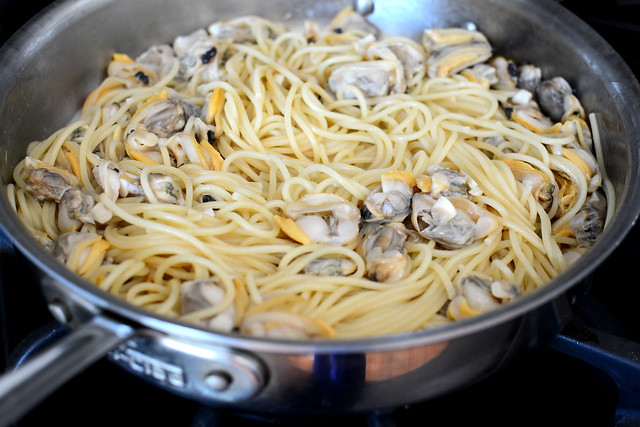 Now bring a pot of salted water to a boil. Meanwhile, bring a wide saute pan over medium heat, add the remaining two tablespoons of olive oil and sliced garlic. Cook until just barely getting a touch of color around the edges and remove from heat.

Add the spaghetti to the boiling water and start cooking until very, very al dente (about 2 minutes short of where you want it to be). Once it is almost there, add the clam juice and clams to the pan with the garlic and raise the heat to medium high.

2 thoughts on “Spaghetti and Clams”