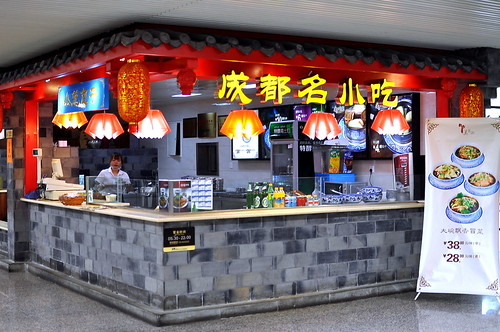 I’m not at all squeamish when it comes to consuming unloved odds and ends, but it took some hardcore mental preparation to indulge in Chengdu’s beloved ma la rabbit head.

I chickened out at every opportunity to try this local delicacy up until the last possible moment, while waiting for our departing flight at Chengdu Shuangliu International Airport. Last call… 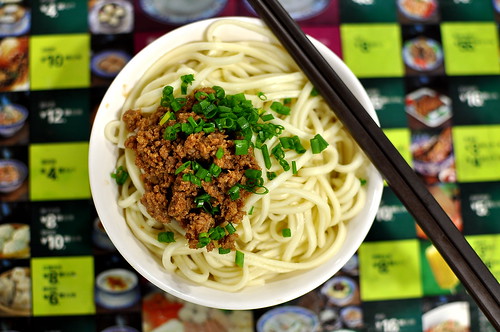 The Astronomer and I arrived at the airport with time to spare before catching our early flight to Hangzhou. After exploring the airport’s various breakfast options, we settled on Cheng Du Ming Xiao Chi, a spot specializing in “Cheng Du Famous Snacks.”

I ordered a bowl of dan dan mian, of course. It was a solid rendition, but unavoidably bittersweet. 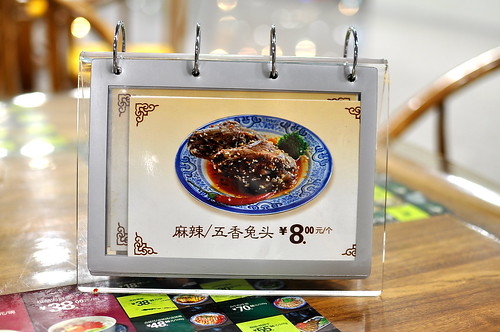 While slurping my last serving of dan dan mian on Sichuan soil, I perused a picture menu set on the table and saw that rabbit heads were offered here.

After much self-coaxing and reassurances by The Astronomer that he would “help” me eat the thing, I walked up to the cash register to place a second order. 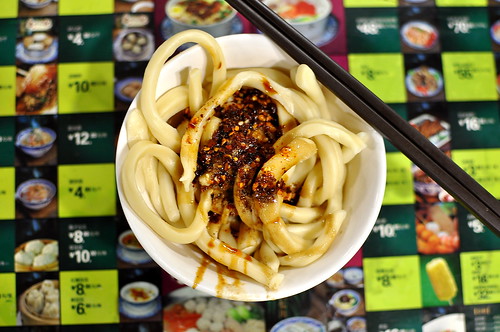 In addition to the rabbit head, I also desired a bowl of tian shui mian. The “sweet water noodles,” thick wheat ropes dressed with bean and sesame pastes, soy sauce, salt, chili, and sesame seeds, were awesomely toothsome and balanced on the ma la front. 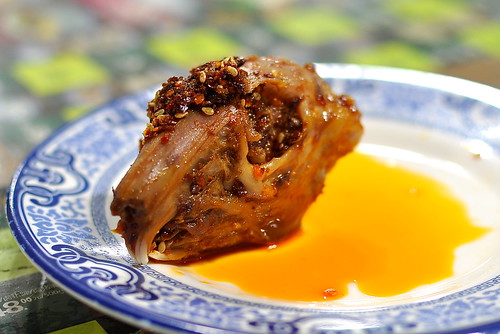 And then came the moment to conquer my bucktoothed fear. It must be stated that Fuchsia Dunlop, the goddess of Sichuan cuisine, was only able to stomach her first rabbit head while under the influence of alcohol. I felt brave going for gold before 8 AM. 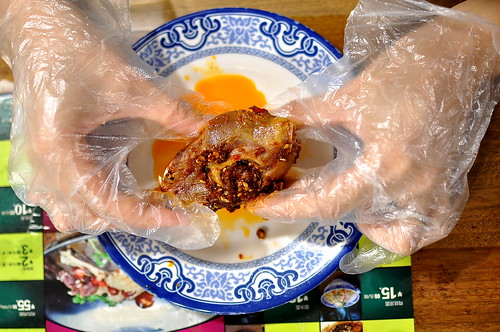 A bird’s eye-view of the rabbit head, lightly blanched and coated in chili oil. I’m not sure if it’s common practice to serve this dish with gloves, but I appreciated the thoughtfulness at this hour and in this setting. 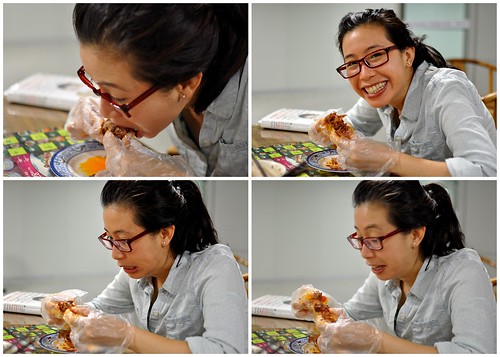 I began by nibbling away at the cheeks, which were surprisingly plentiful, followed by an eyeball, then two. I grew braver with each bite, breaking away bits of bone to reveal tender, edible morsels. 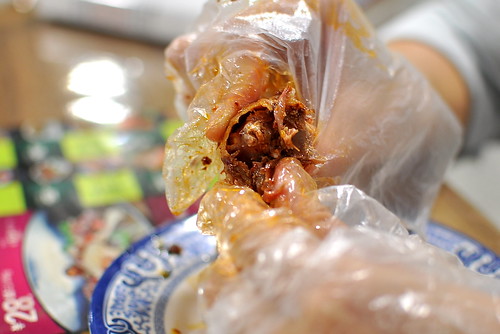 Eventually, I made my way to the rabbit’s brain. Without thinking too much about it, I plopped the noggin into my mouth. It had an unctuous, foie gras-like quality that I wasn’t expecting but quite enjoyed. It was the most delicious part of the rabbit’s head. 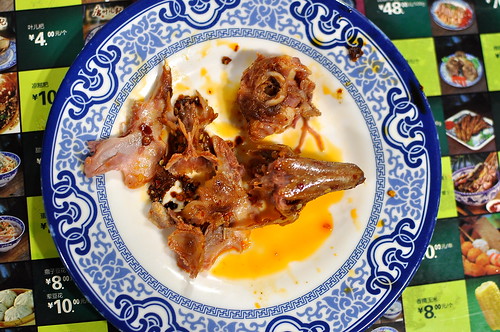 From cheeks to eyeballs and brains, no bones about it, ma la rabbit head was an excellent adventure from start to finish. I hate regrets, especially edible ones, so thank goodness I mustered up the strength at the eleventh hour. It would’ve been a pity to leave Sichuan without sampling one of its most intriguing and misunderstood offerings.

Until next time, dear, sweet China…