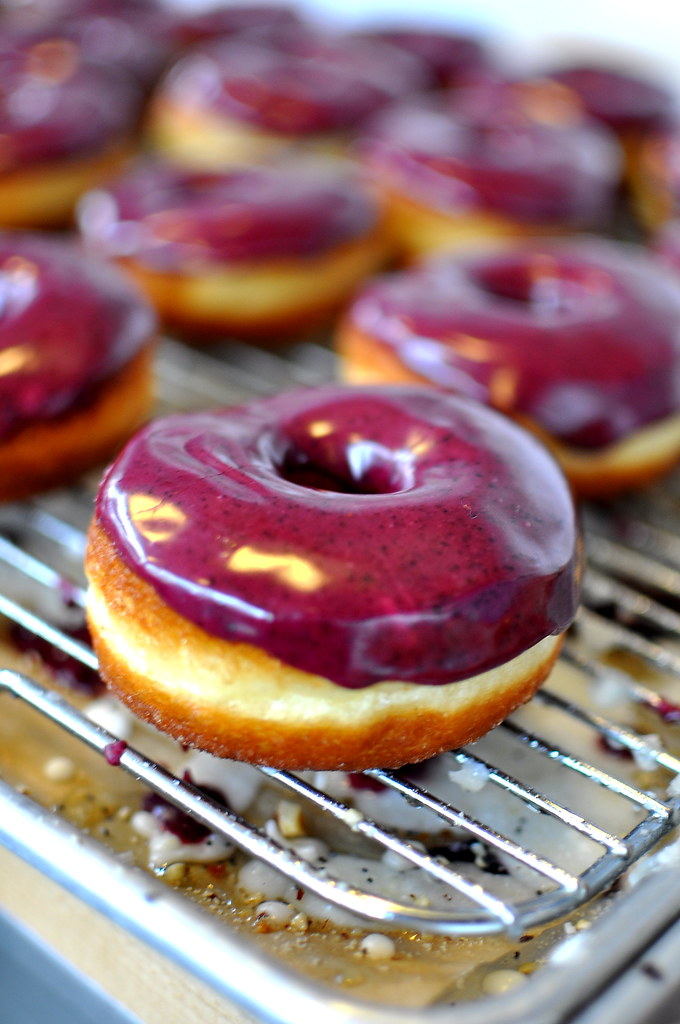 Voodoo might make Portland’s most famous doughnuts, but Blue Star fries its finest! 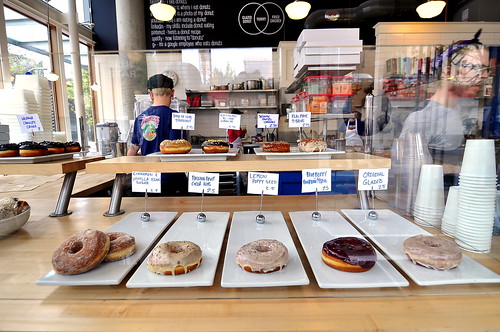 As soon as we pulled ourselves out of bed on our first morning in Portland, my travelmates and I made a beeline for Micah & Katie Camden’s doughnut shop. Awash in natural light and staffed by friendly folks, Blue Star was every bit as splendid as I had been told. 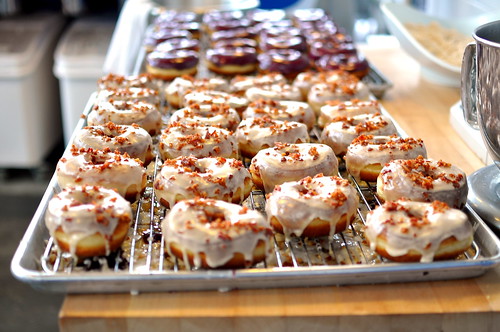 The doughnuts here are made from scratch throughout the day using a classic French brioche recipe and well-sourced ingredients. Head pastry chef Stephanie Donlan brings together bread flour from Shepherds Grain, cage-free eggs from Stiebrs Farms, whole milk from Sunshine Dairy, and European-style butter from Larsen’s Creamery for her recipe. The fruits used in the fillings and glazes are organic, while the oil is made from rice. 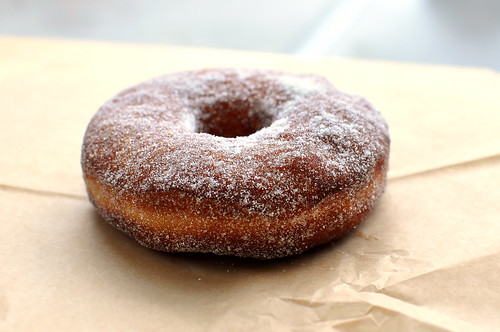 Between the four of us, we selected five doughnuts to share. Lien chose a simple raised ring dusted with cinnamon and vanilla bean sugar. 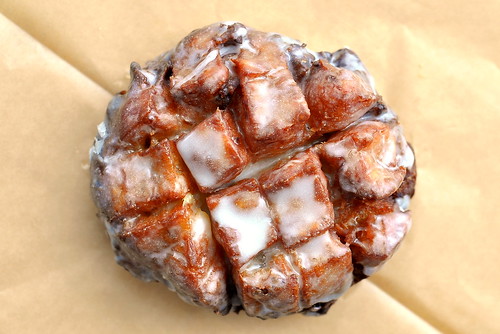 Hourie chose the apple fritter, which was full of caramelized crags and chunks of fresh apples. 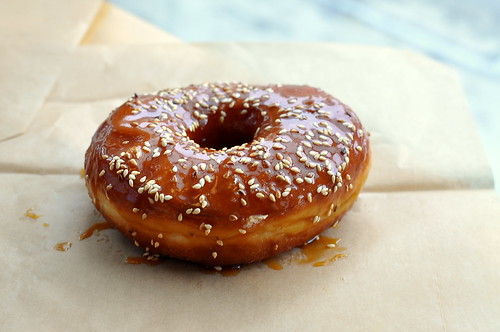 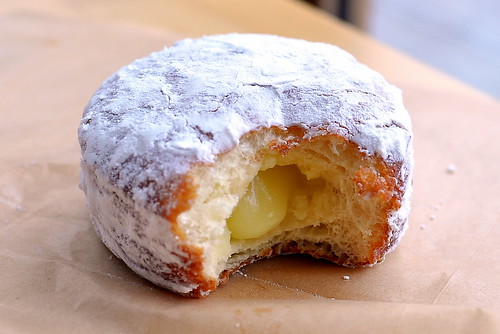 I couldn’t choose between two flavors, so I ordered them both. The first, a filled Bismark with Meyer lemon and key lime curd, had a touch too much powdered sugar, but the curd was on point. 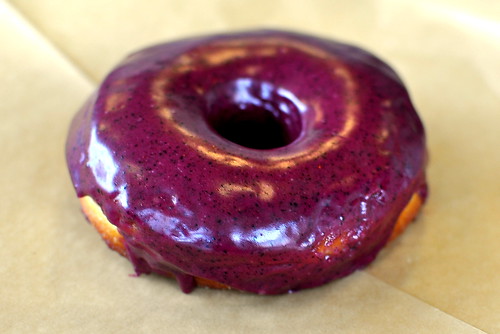 My second doughnut, a blueberry bourbon basil number, was spectacular. From the spring in the dough to the spot-on glaze, this doughnut was beautiful to behold and sensational to eat. 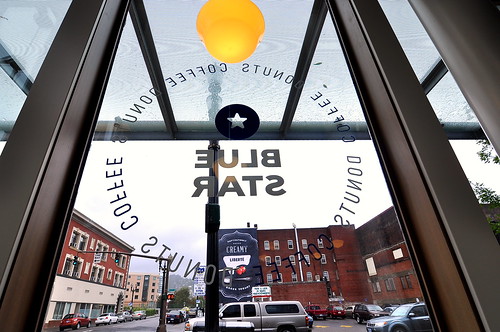 Blue Star > Voodoo. Come and get it!